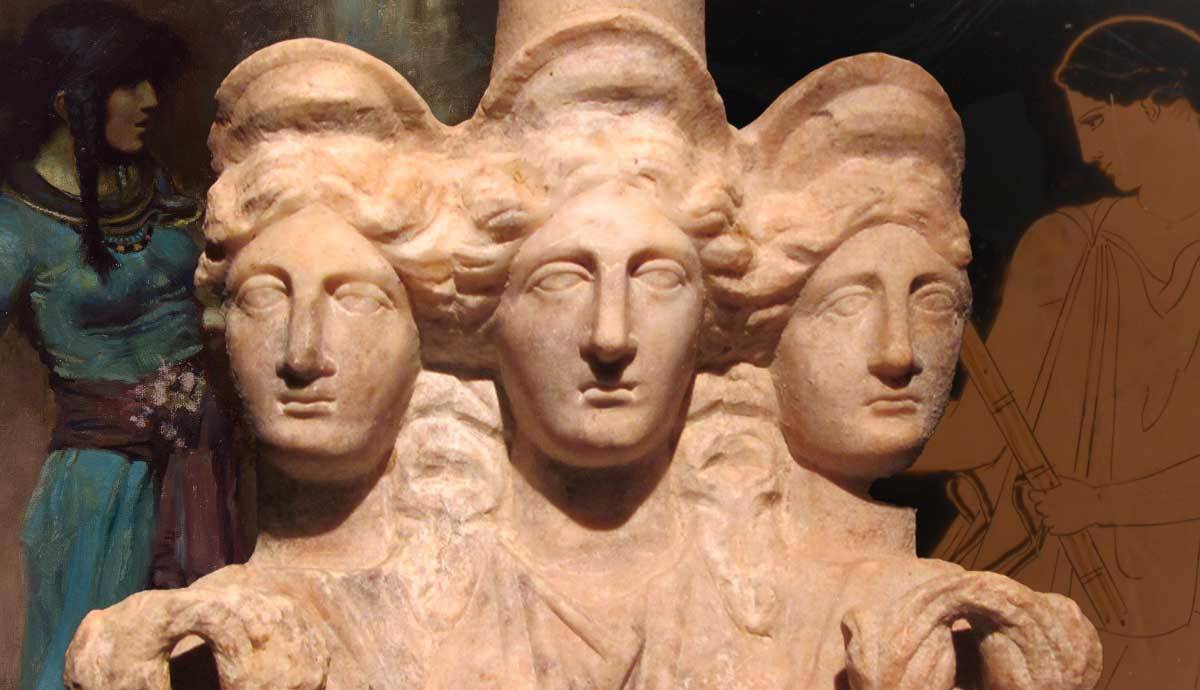 Hecate is a mysterious figure from ancient Greek mythology, with just a handful of myths to her name. Nonetheless, she is still a fascinating figure who wielded extraordinary power, and who became an important figure of worship in ancient Greece. Best known as the goddess of magic, witchcraft and ghosts, Hecate had a connection with the dark forces of the underworld and the afterlife. Yet Greeks also considered Hecate a great protector of the living, as a guardian of roads, passages and entrance ways. Let’s take a look through some of the most compelling facts surrounding this enigmatic and elusive figure from Greek mythology.

1. Hecate Was the Daughter of Asteria and Perses

Hecate was the only daughter born to two second-generation Titans called Asteria and Perses, thus making her the granddaughter of the first-generation Titans Phoebe and Coeus. Both her parents passed their extraordinary skills on to their daughter. Perses was the Titan of destruction, while Asteria was the Titaness of fallen stars and divination. Both these attributes came to play in Hecate’s character, which was both mystical and dangerous. But Hecate undoubtedly inherited her connections to the occult, the night, and the moon from her celestial mother.

2. Goddess of Magic, Witchcraft and Ghosts

Hecate is most commonly known as the goddess of magic, witchcraft and ghosts. Greeks considered her to be a liminal figure who lurked in the shadows of night, carrying a flaming torch that blazed through the darkness. She frequented the murky Greek underworld, where she was a close companion to the Erinyees, three winged furies who punished criminals for their wrongdoings. Her own children were equally as terrifying, a group of female demons known as the Empusae, who enjoyed seducing wayward travelers.

3. A Protector Against Evil Forces

Because of her connections to the underworld, Greeks worshipped Hecate as a guardian and gatekeeper who could ward off evil forces. She is often represented carrying a torch and a key, and standing in the liminal border between one place and another. Greeks even performed a series of unusual rituals in order to earn her trust and protection, staging religious ceremonies at various boundaries, thresholds, roads or crossroads. They would offer up strange food sacrifices in her honor, including cakes made from eggs, cheese, bread, and dog meat, or a dish of red mullet. Greeks even sometimes lit these meals with miniature torches. Naturally, given her connection to the moon, Greeks performed their Hecate-inspired rituals every month during the night of a new moon.

4. Hecate Was a Companion to Persephone

5. The Goddess of Roads and Crossroads

Hecate’s role as keeper of gates and thresholds into unknown or unseen places meant she was also closely associated with roads and crossroads. In art, this is why we sometimes see her with three heads, each one pointing in different directions, representing her ability to travel from one place to another, and to ensure others a safe journey along their way. Sometimes these faces take different forms, such as dog, horse and bear, dog, serpent and lion, or even a mother, maiden and old woman. These varying faces each represent the different stages of life that we all pass through, and the journeys and struggles faced along the way.

Ancient Ghost Stories from Around the World