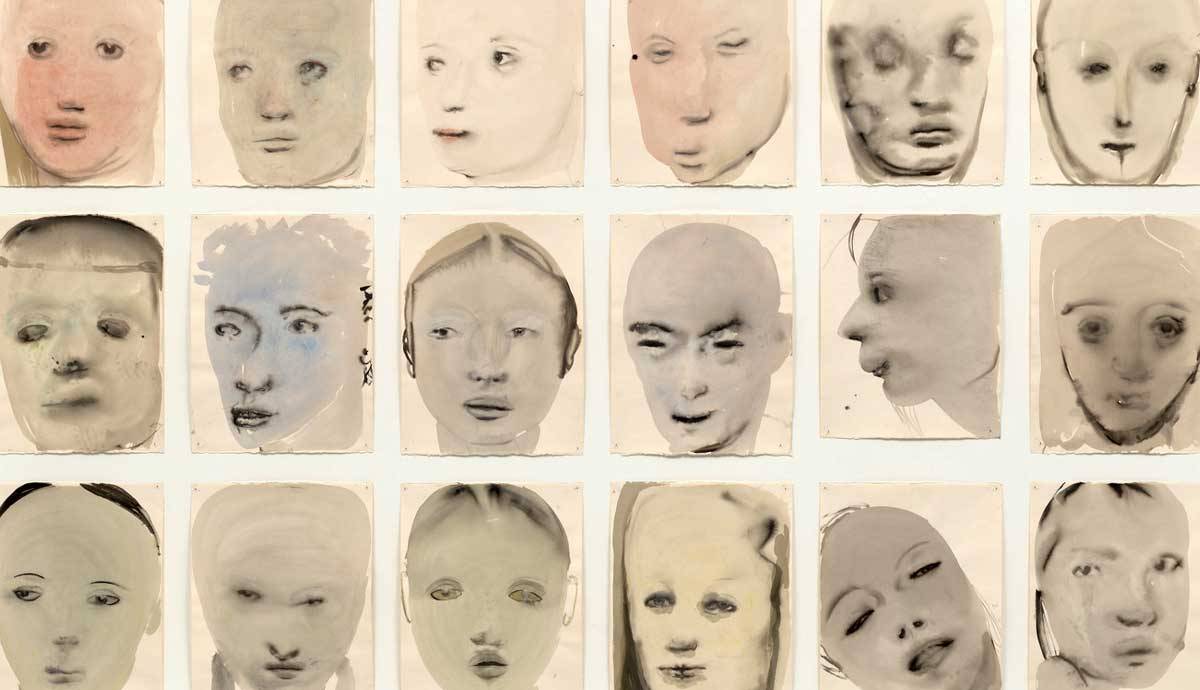 South African painter Marlene Dumas is one of today’s most influential contemporary artists. In the early 2000s Dumas played an instrumental role as an expressive, female figurative painter alongside various artists including Cecily Brown and Jenny Saville. Today, her art is in museum collections around the world. Her art depicts politically raw and emotionally stirring imagery derived from the mass media, art history, that is often simmering with underlying feelings of tension and unease. We celebrate the legacy of this monumental 21st century artist with a list of key facts about her life and work.

Marlene Dumas was born in Cape Town, South Africa in 1953 and grew up against the backdrop of apartheid. She grew up in a rural town in the region of Kuils River, where her father ran a vineyard. It wasn’t until her teenage years that Dumas became fully away of how divisive apartheid was. She remembers back, “People really did think that the white European settler and black indigenous cultures were too different to mix and that only troublemakers were dissatisfied and violent.” The turbulent political situation was undoubtedly unsettling for Dumas, prompting her to eventually leave South Africa. But the feelings of unease she experienced came to play an important role in her art.

2. She Studied in Cape Town

From 1972 to 1975 Dumas studied at the Michaelis School of Fine Art, which was connected to the University of Cape Town. One of the most profound influences on her as a student was the photography of Diane Arbus, with its leaning towards difficult, emotionally tense social commentary. From 1973 onwards Dumas focused on making art that reflected on her role as a white woman who had grown up in South Africa, working with a range of media including collage, text art and painting.

3. Marlene Dumas Moved to the Netherlands

Dumas’ growing frustrations with the political unease of South Africa pushed her to leave for Europe. In 1976 Dumas won a two-year scholarship to study at the Ateliers 63 in Haarlem in the Netherlands. While her early years were a challenge as she adjusted to the sock of an entirely different culture, Dumas began making friends and integrating herself with local art circles. Following the completion of her scholarship in 1978, Dumas went on to study a postgraduate in Psychology at the University of Amsterdam from 1979-80. By now she was so settled in Amsterdam that she chose to stay long term, and continues to live there today.

4. She Found Success in Europe (and Later the World)

Dumas held her first solo exhibition in 1979 in Paris, followed by a further solo exhibition in Amsterdam. The early 1980s were a fruitful and productive period for Dumas as she earned increasing recognition for her politically engaged, yet expressive language of figurative painting. Since this time Dumas has gone on to achieve worldwide recognition, garnering prizes, accolades and survey exhibitions in major museums all across the globe, including Tate in London and the Museum of Modern Art in New York.

5. She Paints a Huge Range of Subjects

Dumas has broached a wide array of subjects in her art, often with a taboo, uncomfortable or unsettling quality. These have ranged from personal explorations into the complexities of childhood, motherhood and self-portraiture, studies into her identity as a white South African, along with challenging wider political themes lifted from newspapers and magazines, including prostitution, death and war. Underpinning all of these subjects is an ongoing fascination with the human figure and its ability to convey both inner psychological states of mind, and outer symbols of suffering and injustice.

South Africa’s Crime against Humanity: What Was Apartheid?