Who is Shinichi Sakamoto?

Shinichi Sakamoto’s artistic evolution went from the typical shounen power-fantasy style to something raw and human. His works exemplify his passion for European history while acknowledging the human condition. 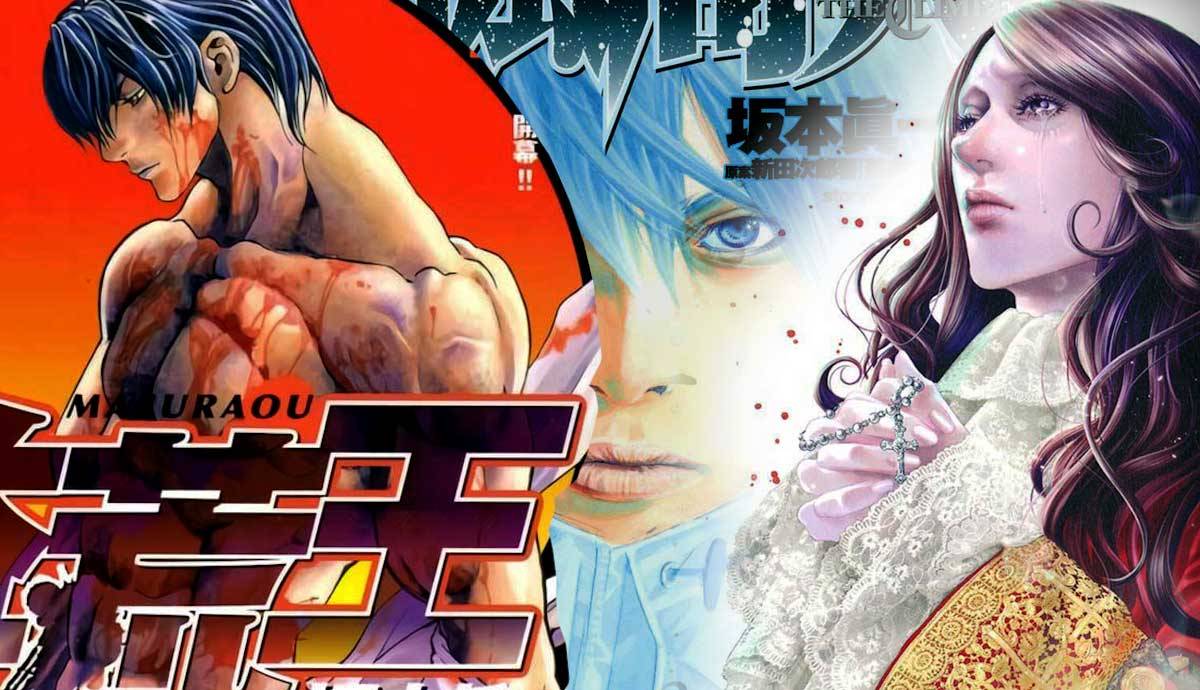 Shinichi Sakamoto is a manga artist who has dedicated the majority of his life to creating something that would stay in the hearts of many readers. His themes and opinions constantly make the readers return to Sakamoto’s work in their minds. With over a decade of experience and a fascinating artistic evolution, Sakamoto came into his own as an artist and storyteller. Read on to learn more about Shinichi Sakamoto!

Raised in Osaka, Shinichi Sakamoto is a manga artist born in 1972 during a golden age of shounen and shoujo manga. He first debuted in Shounen Jump Magazine in 1991 and he ended up winning a manga competition during his third year of high school. He is best known for his series Innocent, Innocent Rouge and Kouko no Hito (Solitary Person, or The Climber).

In interviews, Sakamoto talked about his first exposure to manga. He found a copy of Shounen Jump during his early years in elementary school. The first page he opened up to was Fist of the North Star by Testuo Hara, which became an inspiration for him and other artists like Hirohiko Araki and Kentaro Miura. He also read Kinnikuman (Muscleman) by Yoshinori Nakai and Takeshi Shimada, better known as Yudetamago.

Unlike Fist of the North Star, Kinnikuman is made for younger children with far less graphic violence. The style of his Bloody Soldier shows Shinichi Sakamoto’s early inspirations. His main character is young and has the stature of a hero. The design evokes Yumetamago’s Kinnikuman and the overall atmosphere of the story parallels Hara’s world.

By the mid-2000s, the artist abandoned the shounen genre in order to pursue more mature themes. He was later published in Young Jump, a manga magazine known for the seinen genre. Seinen means for young men and his work Niragi Kioumaru (2004-2005) and Masuraou (2005-2006) really show this to be true. His Niragi Kioumaru has that stylized musculature that is akin to shounen, yet it looks more dramatized in an almost grotesque way reminiscent of Keisuke Itagaki’s shounen works Grappler Baki (1991-1999) and Baki: New Grappler Baki (1999-2005).

Itagaki is best known for his understanding of musculature and his ability to stretch his understanding of anatomy to the max. This is noticeable in Shinichi Sakamoto’s first seinen work, though it should be mentioned that Sakamoto’s use of anatomy is not as extreme as Itagaki’s. Masuraou’s style toned the overdramatization of the figure down and went for something much more realistic while taking the time to define the character’s bodies.

Shinichi Sakamoto’s first award-winning work, Kokou no Hito (2007 to 2012) is completely different from what he was known for at the time. He went from bombastic, gut-wrenching, brutal style to something slow, meditative, and humane. He also collaborated with the writer Yoshirou Nabeda in order to adapt Jirou Nitta’s novel into a manga.

The story is based on a real person and deals with human problems like depression, loneliness, and ambition. This piece isn’t like his other manga that show unrealistic settings or characters. This story focuses on the human condition and allows the viewer to watch the struggle and triumph of a regular person.

Furthermore, you can see Sakamoto’s famous use of visual metaphors and notice the style that he is now known for. His style transforms from the hard-edged inking to a more subtle style of a technical pencil. Another way to truly notice the evolution of style is to look at the covers of volumes 1 and 17. The difference is staggering and you can tell that the artist has a better feel for his character later on. He drew the character as someone he admired. In his most iconic work called Innocent (2013-2015), Sakamoto’s visual storytelling ability and craftsmanship reached their final stages.

His most lauded work, Innocent, takes inspiration from both real life and a famous seventies manga called Versailles no Bara (1972-1973) made by Riyoko Ikeda. Versailles no Bara, with its emotional depth and drama, inspired Kentaro Miura as well. Shinichi Sakamoto was also attracted to its aesthetic and individual stories focusing on 18th century France. Like Kokou no Hito, Sakamoto’s Innocent was based on a book called The Executioner Sanson by Masakatsu Adachi. Adachi’s story, along with Sakamoto’s own storytelling abilities through visual craftsmanship helped create something truly special.

Use of Visual Storytelling, Realism, and Metaphor

Shinichi Sakamoto prides himself on being able to cover sensitive topics without being too overt or straightforward. He uses metaphors to make subjects more palatable without any sugar coating. Sakamoto said that he wished to pursue reality and truth. He wanted to breathe life into the pages so that the readers felt like they were truly witnessing a documentary about a character’s life.

In his work Innocent, Sakamoto talks about how his main theme focuses on depicting death together with beauty by using metaphors. Sakamoto displays the ephemeral aspect of human life in a tone that can go from melancholic to awe-inspiring. Seeing a character ride the wave of life, moving recklessly but inspirationally, to their untimely end is simultaneously invigorating and dumbfounding. Live like you are going to die tomorrow is a quote that exists because of the fleeting nature of life and you can see this fully displayed in Kokou no Hito and the Innocent series.

Additionally, something that is striking about Shinichi Sakamoto’s work, from Kokou no Hito to his ongoing #DRCL midnight children is the lack of sound effects that give the reader an idea of what they should be hearing. Sakamoto believes that the reader has a better understanding of what the world sounds like. Sakamoto is, therefore, allowing for a more immersive experience that feels more real compared to his earlier works.

We can’t talk about Shinichi Sakamoto without mentioning his passion for French culture. His appreciation and love for 18th century France shine through every page of Innocent and Innocent Rouge. When reading Innocent for the first time, especially if you are a Baroque or Rococo enthusiast, you will be taken on a journey through the world filled with beauty and debauchery.

Innocent and Innocent Rouge document the life of the Sanson family of executioners, who actually existed in France. You can tell that Sakamoto researched this story well and traveled to the mentioned places. However, he didn’t stick to historical facts completely. During this era, women were not allowed to be executioners, but in Sakamoto’s world, they are. He also documented many historical events that happened in France before and following the French Revolution.

Shinichi Sakamoto’s studio is covered in reference material. His computers are full of references as well. Sakamoto also uses many books from the Louvre and Versailles for inspiration. He even uses magazines showing depictions of historical scenes, as well as photos of different locations that he has taken himself.

It’s interesting to know that Sakamoto makes his assistants wear and pose in old-fashioned clothes in order to get an accurate idea of how characters would move during this historic period. He certainly made the world of the French Baroque and Rococo come to life in a new way. It is evident that Shinichi Sakamoto put his all into properly representing a culture that truly captured his heart.