HomeAnswersWho Was Thetis in Greek Mythology?

Who Was Thetis in Greek Mythology? 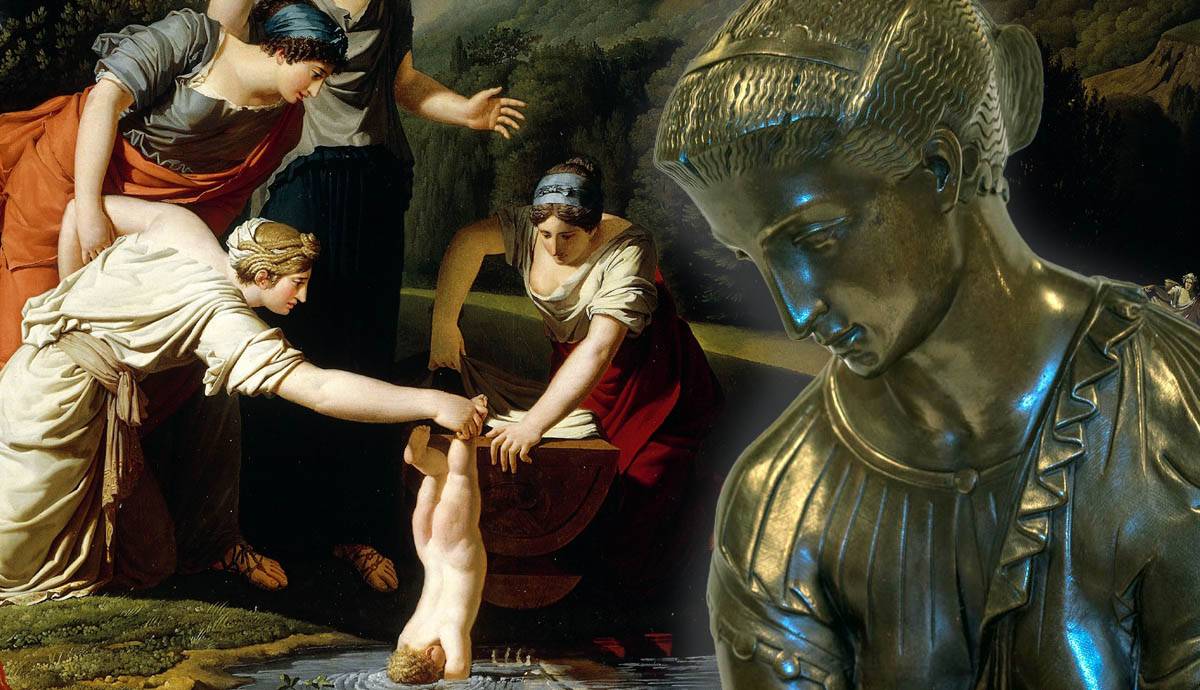 Thetis is one of the less well-known characters of Greek mythology, but she still has many fascinating stories surrounding her life. Born as a Nereid, or sea nymph, Thetis was one of an incredible 50 daughters to the Greek sea god Nereus. Her role in Homer’s Iliad is pushed to the background – she is known as the mother of the great war hero Achilles, rather than a central character in her own right. But if we look at Thetis’ myths in more detail, she took part in some pretty exciting adventures of her own. Let’s look at her life story in more detail.

Thetis Was the Daughter of Nereus and Doris

Thetis was born as a minor sea goddess, daughter to Nereus, god of the Aegean Sea, and Doris, an Oceanid. Neither of these early sea deities were associated with Mount Olympus, yet they were still powerful enough to be worshipped. Although both her parents were divine, Thetis is often depicted as a sea nymph rather than a goddess. One of 50 daughters, its hard to imagine how their parents kept track of them, but Thetis was said to be one of the most important, so perhaps that’s why her name is known today.

Thetis Was Rejected by Both Zeus and Poseidon

Thetis had an unfortunate love life. At different times she courted both Zeus, king of the gods and Poseidon, god of the sea and water. Both fell in love with Thetis, but backed away when they discovered a prophesy about her son. They were told that any son born to Thetis would eventually surpass their father in glory. These two gods were threatened at the prospect of being overshadowed by their own offspring, so they quickly scarpered before things got too serious.

Instead, She Married Peleus

Spurned by her two former lovers, Thetis reluctantly married Peleus, king of the Myrmidons of Thessaly, and a mortal. Their union was arranged by Zeus, who planned for Thetis to marry a normal man rather than a god, so she would have a mortal son. He hoped if her son was mortal, it would stop him becoming as powerful as the prophesy had predicted. But alas, the prophesy still came true – Thetis and Peleus had a son named Achilles, who grew up to be an almighty and almost invincible war hero, even though he was mortal. All this proves that you just can’t mess with fate, even if you are Zeus, king of all the gods.

Her Wedding Day Was a Shambles

Unfortunately, Thetis and Peleus’s wedding didn’t go according to plan. They invited a huge crowd of gods and goddesses to a lavish event, but left the troublesome Eris, goddess of discord off their list. Enraged at being left out, Eris set about causing as much trouble as she could. Hovering over the crowd on huge wings, she threw a golden apple into their midst, which was inscribed “for the fairest.” The young goddesses Hera, Athena and Aphrodite scrambled for the prize, setting in motion a series of conflicts that would eventually lead to the Trojan War.

Thetis Was the Mother of Achilles

Finally, we get to the role that Thetis was most famous for. Thetis had a mortal son named Achilles, who would go on to become the greatest warrior of the Trojan War. When Thetis discovered that her baby son was mortal, she was devastated. In a bid to make Achilles immortal like her, she dipped him in the River Styx, holding him by the heel. Achilles became almost immortal, apart from the tiny part of his heel that was untouched by the water, and it was this that would ultimately lead to his downfall.