HomeAnswersWho Were the Monuments Men and Women?

Who Were the Monuments Men and Women? 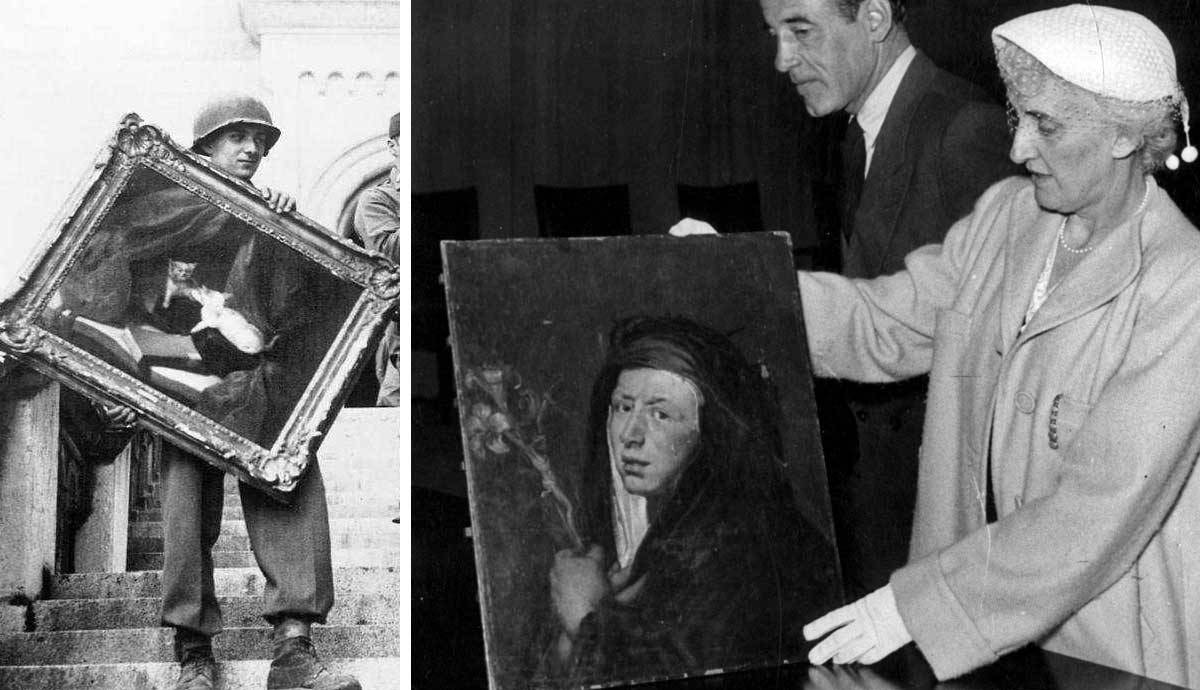 The Monuments Men and Women played a significant role in rescuing works of art stolen by the Nazis during World War II. The group were a team of volunteers, made up of historians, architects, curators, academics and more, who joined the Monuments, Fine Arts, and Archives Program (MFAA), which was part of the allied army effort. This band of art experts successfully salvaged some of the most important artworks of all time, ensuring they returned to their rightful owners. Art scholar Lynn H. Nicholas, who has studied the work of the Monuments Men and Women extensively, noted, “Without them, a lot of the most important treasures of European culture would be lost.” We explore some of the key facts about this band of renegades who risked their lives for the sake of art.

The Monuments Men and Women Rallied Against the Nazis

From the late 1930s, Adolf Hitler began plundering a vast range of art collections around the world, including libraries, museums, art galleries, and even private homes, for his own archive at the Nazi-run institution the Fuhrermuseum, which Hitler was establishing in his home town of Linz in Austria. Among the many items he stole under the Nazi regime were rare documents, entire libraries full of books, priceless works of art, Torah scrolls, church bells, and other immensely valuable artefacts. In response, in 1943, American President Franklin D. Roosevelt gave Supreme Court Justice Owen Roberts the go-ahead to organise a protect and rescue operation, called the Roberts Commission, which in turn became the MFAA.

A great number of volunteers took a stand against the Nazi thefts, including museum curators, artists, architects, archivists, conservationists, academics, librarians and scholars. In fact, the total number of volunteers who signed up for the MFAA totaled around 345, from at least 13 different nations around the world. Although we talk today about the ‘Monuments Men’, many women also took part in the search and rescue operation.

Fearlessly determined, around 25 members even trekked across the front line of war in order to track the locations of looted objects. Some even died while trying to protect the treasures they had hoped to rescue. Today, the work of these intrepid volunteers is documented by the Monuments Men and Women Foundation. The Foundation holds detailed biographies on all their lives, military services and careers. The only living member of the MFAA as of 2023 is the architect and engineer Richard M. Barancik.

They Worked With Limited Resources

The Monuments Men and Women worked on a shoestring budget to protect and care for the artworks as they carried  them in secret to their places of origin. The work they carried out was entirely reliant on the group members’ art expertise, skills in conservation, and above all else, a fearless determination to carry out their work whatever the cost.

Incredibly, the Monuments Men and Women were able to locate and recover more than 5 million works of art and other items of great cultural significance, returning them to their original archives and collections. Among them are Sandro Botticelli’s The Birth of Venus, 1480s, Benvenuto Cellini’s Saliera, 1543, Leonardo da Vinci’s Lady with an Ermine, 1489-1481, and Michelangelo’s Madonna and Child, 1501-1504.

Sadly, however, many more artefacts and artworks are still missing following the brutality of the Nazi raids. Since the war effort, the Monuments Men and Women Foundation continues to hunt down the many hundreds of thousands of treasures that Nazis stole, some of which are priceless objects with high historical importance. They have managed to salvage just some of the missing items, and their work is ongoing. They say, “Cultural treasures of past ages haven’t survived by accident. Others before us, including the Monuments Men and Women, risked their lives to ensure the survival of our shared cultural heritage for future generations.”

Lion of Africa: The Man Who Told Hitler to F*** Himself