Why Did Franz Marc Paint Animals? 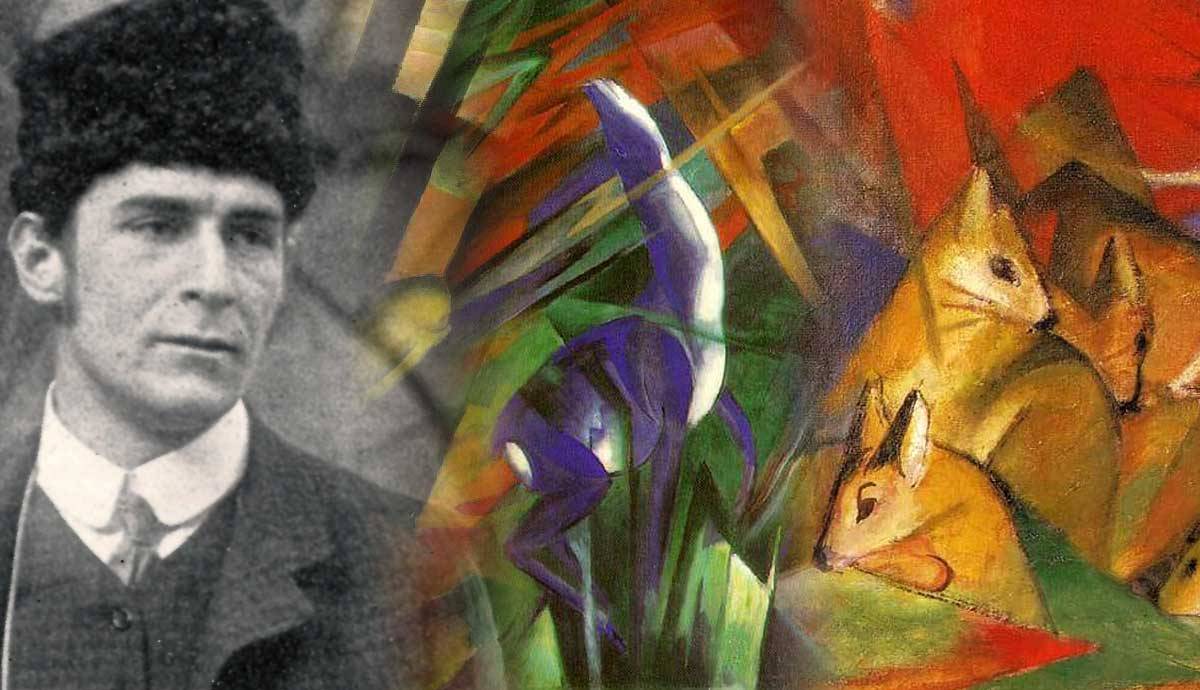 The great early 20th century German Symbolist and Expressionist painter Franz Marc is now world-renowned for making paintings featuring a huge variety of animals, from cows and horses to deer and foxes. A leading member of Der Blaue Reiter (The Blue Rider) group, Marc even called for “the animalization of art.” But why did he paint animals at a time when many of his contemporaries were edging ever closer to complete abstraction? Critics derided him for being too decorative and child-like, while some even openly laughed at his art on display in public galleries. But they were in fact loaded with potent, deeply meaningful symbolism about the state of the modern, urbanized world. We look into a handful of the reasons why Marc was so obsessed with animals, and the significant meanings are behind his animal paintings.

In many of his paintings, Franz Marc explored how animals could become potent symbols for human experiences and emotions. When painting animals in unusual or unexpected colors, such as blue horses or yellow cows, he translated animal forms into otherworldly, abstract metaphors, with bright colors signifying different states of mind. For example, in the painting The Yellow Cow, 1911, Marc paints a yellow cow with blue spots as a symbol of his happy union with Maria Franck, his second wife who he had just recently married. Marc saw the color yellow as a feminine force, and blue as a masculine hue. Thus, the cow unifies both the masculine and feminine forces at play in their marriage.

2. He Used Animals to Symbolize an Age of Innocence

Franz Marc was one of a generation of artists who were deeply critical of industrialization, and the knock-on effects it would come to have on the natural world. For Marc, animals symbolized a pre-industrial age of innocence, when people lived in close harmony with the land. He deliberately painted animals in a multi-faceted, abstract way, so that they break apart and merge into one with the wilderness all around them.

As a leading member of Der Blaue Reiter (The Blue Rider) art group alongside Wassily Kandinsky, August Macke and Paul Klee, Marc saw art as an important vehicle into metaphysical states of mind. The color blue was particularly significant for all members of the group, signifying a passageway into the spiritual world. Marc brought these theories into play most eloquently in his ‘Blue Horses’ series, where iridescent blue horses twist this way and that like symbols from a dream. Marc also considered horses to be a metaphor for travelling and journeys, further emphasizing his desire to express states of transition in his art.

Marc believed strongly in the importance of unity between people, animals and nature, and his art expressed his desire to hold on to this status within the world, rather than giving in to the destructive potential of the modern machine age. He wrote, “I seek pantheist empathy with the vibration and flow of the blood of nature – in the trees, in the animals, in the air… I see no happier medium for the ‘Animalization’ of art, as I would like to call it, than the animal picture.”

5. He Highlighted the Anxieties of the Modern Age

Over time Franz Marc’s paintings became increasingly animated, agitated and abstract, reflecting the uncertain times in which he was living, particularly as the threat of war reared its ugly head on the horizon. In his apocalyptic scene The Fate of the Animals, 1913, Marc paints a shattered vision of the world, broken into kaleidoscopic shards as desperate animals twist this way and that in a bid for survival. By contrast, in the center of the image Marc places a blue deer, a symbol of hope amidst the chaos that swirls all around it.

Who Were the Leading 5 Artists in the Blue Rider Group?