HomeAnswersWhy Is the Orient Express So Famous?

Why Is the Orient Express So Famous? 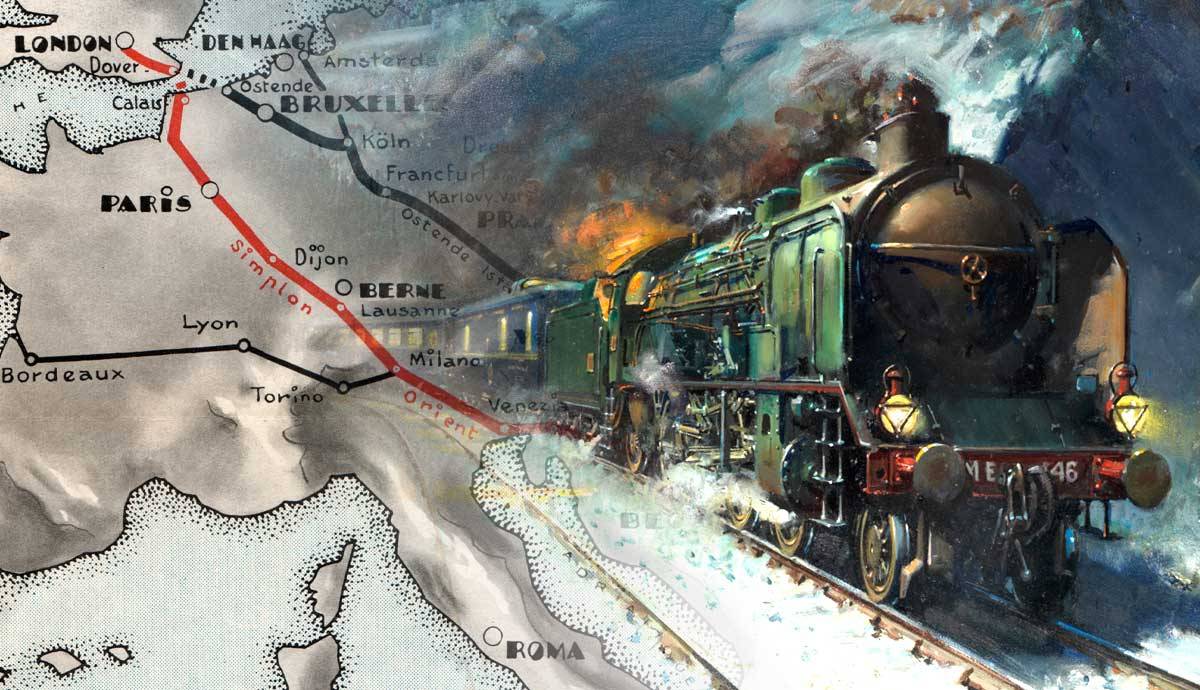 The very mention of the “Orient Express” evokes opulence and luxury. One of the first long-distance passenger trains, the legendary train linked Paris with Istanbul, the gateway to Asia, the mysterious Orient (thus the name). After its launch in the Belle Epoque, the iconic train route changed over the following years, but it typically passed through major European cities, including Vienna, Budapest, Bucharest, and Belgrade. The train was known for its luxurious amenities and was one of the most popular means of travel for wealthy tourists, royals, diplomats and spies. But the Orient Express was more than a simple train. It was also an idea, the legendary train linking Europe and Asia, and as such was immortalized in fiction and cinema.

The Vision of the Orient Express

The Orient Express train was a brainchild of the Belgian engineer Georges Nagelmackers, who in 1865 envisioned “a train that would span a continent, running on a continuous ribbon of metal for more than 1,500 miles.” Nagelmackers got the idea during his trip to America, where he witnessed many innovations in the passenger railways, including George Pullman’s unprecedented, luxurious “sleeper cars.”

A son of a banker, Nagelmackers had the means and will to make his plans a reality. So in 1883, after initial troubles, including the Franco-Prussian war, financial difficulties and negotiations with the various national companies, Nagelmackers’s Compagnie Internationale des Wagons-Lits (“wagons-lits” being French for “sleeper cars”) established a route from Paris to the Istanbul (or Constantinople as it was known then).

The Train That Connected Europe and Asia

It did not take long for the newspapers to dub the new long-distance line the “Orient Express.” Even as Istanbul was still in Europe. Nagelmackers, however, readily embraced the name. On the 4th of October 1883, the Orient Express set on its first journey, carrying the wealthy passengers and the journalist who covered the trip. Those onboard marveled at the train’s luxury and beauty. To make a lasting impression, Nagelmackers cleverly arranged shoddy and old train cars to be placed on the tracks near his brand-new luxurious train. After the departure from Paris’ Gare de l’Est, the delighted passengers could enjoy the finest hotel on the wheels.

They admired the intricate wooden paneling, plush seats, silk sheets and wool blankets. Thus, the 80-hour-long trip from Paris to Istanbul was a dreamlike experience (Poorer passengers were out of luck; the price for a single trip on the train was a quarter of an average Frenchman’s annual income in the 1880s).

The King of Trains, the Train of Kings

The glamour of the Orient Express attracted wealthy passengers, including European royalty. This led to some weird moments. For instance, the king Ferdinand of Bulgaria, fearful of assassins, was observed locking himself in the bathroom. Russian Tsar Nicholas II demanded that special cars be built for his visit to France. And the Belgian king Leopold II (who, as a notorious railroad enthusiast, helped Nagelmackers to start the line) once attempted to infiltrate a Turkish man’s harem. Another interesting incident was that of French president Paul Deschanel, whose fall from the running train, costed him the presidency (!).

The Train of Spies

Besides the royals, the Orient Express was also a favorite means of travel for the spies, earning it another nickname: “Spies’ Express.” One of the most famous covert passengers was an English spy named Robert Baden-Powell. He posed as a lepidopterist collecting samples in the Balkans. However, his intricate sketches of the forms and colors of butterfly wings were actually coded representations of the fortifications along the Dalmatian Coast, aiding the British and Italian navies during World War I.

One of the most famous spies, Mata Hari, also traveled aboard the Orient Express on the secret mission. And during the Cold War, the iconic train became the favorite venue for the spies from the both sides of the Iron Curtain.

The Orient Express in the 20th century

The Second World War again suspended the service, only to be restored in the late 40s. Even during the Cold War, The Orient Express retained its popularity, although the line had to be modified to avoid the countries behind the Iron Curtain.

The Legend of the Orient Express

Nagelmackers’s train made its last full journey in 1977, although the route was relaunched in 80s by another company and under another name – Venice-Simplon Orient Express. However, the Orient Express was always more than just a train. It is immortalized in fiction and cinema, most notably in the novel of renowned writer Agatha Christie – “The Murder on the Orient Express,” and its numerous movie and TV adaptations. Bram Stoker’s protagonists in “Dracula,” travel aboard the Orient Express to Transylvania to battle the famous vampire. The legendary train is also an integral part of the James Bond novel “From Russia with Love,” which also turned into the film.

The iconic train also features in the classic PC adventure game “The Last Express,” where the player has to solve a murder case on the train in real-time. Combined with the allure of the mysterious East in the pre-war and inter-war periods and its fictional representations, the Orient Express remains firmly embedded into our psyche and cultural memory, arguably the most well-known train and rail journey in history – the true legend.