Jane Austen’s novels depicted virtuous living by drawing on classical and contemporary sources as well as her own family upbringing.

Jane Austen’s novels promote the idea of virtuous living as an indispensable aspect of individual experience and of society. Her novels are narratives about virtue as a means of moral education. Austen drew on a classical tradition that had enumerated the virtues necessary for a good life and from the Christian intellectual heritage into which she was born. In the novels, moral improvement involves, as writer and critic C.S. Lewis observed, the experience of a profound self-awareness, which revealed excesses and deficiencies in personal conduct.

Austen carefully choreographs her characters’ actions, using what Lewis calls a “grammar of conduct.” This narrative grammar shows to the reader a character’s success or failure in achieving moral improvement.

Austen’s Use of Classical Virtues

The Greek philosopher Aristotle defined virtue as that which “will be the state of character which makes a man good and which makes him do his own work well.” Jane Austen’s novels offer a comprehensive portrait of the variety and complexity of that process. For Austen, a virtue is not the capacity to obey rules and meet obligations. For her, virtues are located in character, emerging from dispositions and inclinations gained throughout life. Virtues are habits that have formed character, which define the choices an individual will make.

Many critics have speculated about the sources of Austen’s approach to virtue, with some pointing to similarities she shares with Aristotle, who, in his work The Nicomachean Ethics, outlined a detailed scheme of what was necessary to achieve happiness. For Aristotle, the pursuit of happiness was both practical, rooted in action and choices, and philosophical, leading to wisdom. Aristotle produced what philosopher Gilbert Ryle described as “copious and elastic discriminations,” focusing on excesses and deficiencies, which strayed from what Aristotle defined as the mean, or ideal middle way. For Aristotle, the way to happiness was to find the middle way in conduct.

Thus, in Austen’s novels, characters are drawn away from this middle ground. They struggle to find their way through life, embedded in complex family and social relationships, striving to find happiness. For some, like Darcy and Elizabeth in Pride and Prejudice, this results in joy; for others, like Lydia and Mr. Wickham, the refusal to follow the path of moderation in life ends in hardship.

Some critics detect a Christian aspect of Austen’s view of the virtues. Her father, a clergyman, had a scholarly background and may well have influenced Jane’s interest in the virtues. As a result, although not explicitly depicted in the novels, Christian virtues such as faith, hope, and charity were added to the classical virtues of prudence, justice, temperance, and fortitude.

The Challenges of the Virtuous Life

In Jane Austen’s novels, the virtuous life is not an easy life. Happiness comes at a cost and is won by struggle and sacrifice. Virtues challenge anyone seeking happiness. The choice to pursue a course of virtuous action can follow careful deliberation, as with Elinor in Sense and Sensibility. It can also emerge from a natural inclination learned through habit, as Fanny Price demonstrates in Mansfield Park. In both cases, the decision to pursue virtue and seek personal happiness creates obstacles that disrupt the lives of the protagonists and those in their immediate social circle.

In Sense and Sensibility, unlike her sister Marianne, who allows emotion to overwhelm her, Elinor keeps her head, preserving the vital virtue of prudence in all her interactions with other characters. By contrasting the two sisters, Austen highlights the importance of maintaining self-control in society. For Elinor, the virtues of temperance and prudence are essential. For Marianne, its lack becomes problematic.

Fanny Price, in Mansfield Park, is placed into a domestic situation with the Bertram family, which demands that she draw on her hard-won internal resources. She becomes what Lewis calls the “spectator of deceptions.” While the characters who inhabit or pass through the grand Bertram family house act out their virtues and vices, Fanny remains constant in her refusal to be affected or changed by them.

As the novel progresses, we witness Fanny’s moral constancy and determination not to be corrupted by the excesses of those who come to the house. Fanny resists the advances of Henry Crawford and the attempts by his sister Mary to tempt her into making ill-judged choices. Fanny emerges resolute and, by the novel’s end, is ready to marry Edmund.

In these two novels, Austen dramatizes the challenges which inevitably emerge once someone has committed themselves to seek happiness.

The Complexity of a Life of Virtue for Austen’s Characters

Aristotle described the path of the virtuous life as one of moderation. In Jane Austen’s novels, we also witness the complexity and variety of virtues. There are no simple choices between good and evil in Austen’s work. She shows us the diverse aspects of her characters’ internal inclinations. These are not cardboard characters inhabiting a simplistic moral universe. Austen depicts her characters with richness and complexity, enabling subtle comparisons of temperament, desire, and the capacity for deliberation. Fine details of excess or deficiency in virtue are examined for narrative effect.

In Sense and Sensibility, the difference between Lucy Steele and the Dashwood sisters lies in the contrast between pretend false emotion and the capacity for careful deliberation in moral matters. With Elinor and Marianne, we see the inner complexity of their lives as they struggle for coherence in their ethical judgments.

Darcy, in Pride and Prejudice, Darcy is portrayed as a snob who is disdainful of those he considers inferior. But Elizabeth senses depth to Darcy’s character and explores these throughout the novel, challenging him whenever necessary. Darcy eventually succumbs to Elizabeth’s pressure. But Austen does not stop there. In prompting the transformation of Darcy, Elizabeth comes to an important self-knowledge. “I never knew myself,” Elizabeth admits after encountering Darcy in all his complexity.

Austen displays skill at delineating subtleties of character, even with someone as imperturbable as the hero of her most famous novel. Austen does not confine this approach to her hero and heroine. Each of the Bennet sisters exemplifies an aspect of pride gone wrong. Jane’s lack of pride becomes indifference to consequences, while Lydia’s presumption leads to an ill-judged marriage.

Throughout her novels, Austen explores the moral complexity which emerges once virtue becomes a driving force in the lives of her characters.

For Aristotle, what was correct in personal conduct was whatever was done “at the right times, with reference to the right objects, towards the right people, with the right motive, and in the right way, is what is both intermediate and best, and this is characteristic of virtue.” In Jane Austen’s novels, this principle dominates the narrative. It is the principle of the moderate middle way, and few characters escape its controlling effect. At the foundation of this principle is the necessity of deliberation. In Austen’s novels, characters who cannot deliberate, or reason too much, bring disorder into their lives. Even with a character as prudent in her judgments as Elizabeth in Pride and Prejudice, it may take the course of the entire narrative for the right balance of deliberation and judgement to be achieved.

Emma Woodhouse in Emma takes it upon herself to become a matchmaker. She fails to deliberate sufficiently about the consequences of this choice, and it falls to Mr. Knightley to act as the correcting force. He stands back, viewing the results of Emma’s interference. He can see the distress caused by Emma’s interference in the lives of others. Throughout the novel, George Knightley openly critiques Emma, ultimately guiding her to moral improvement. In his eyes, Emma has failed to do what was right for the right person at the right time. Her scheming has been born of a deficiency in practical reasoning, which leads to an insensitivity toward others. Emma has strayed from the middle way of careful reasoning. In Emma, the heroine illustrates the negative impact upon others of a lack of empathy. Acceptance of the judgment of others and personal humility are the only ways this vice can be corrected. Mr. Kinghtley becomes the source of that correction.

The Rewards of Virtue

For Aristotle, each person seeks a goal, or what Aristotle called a “telos.” In Jane Austen’s novels, this end is dramatized as the final reward of virtuous acts, often in the form of marriage. While the novels have been described as domestic comedies, and marriage ultimately plays a central part in their conclusions, the happiness achieved by Austen’s characters is not confined to marital bliss. Happiness is achieved in a life lived well, meeting the demands of virtue, and in accordance with the principle of moderation. It is also illustrated by the establishment of a renewed social order.

Throughout the course of the narratives, each of Austen’s characters is challenged. They must show the extent to which they possess the virtues. Some meet the challenge, achieving personal union with another. Elizabeth and Darcy marry; Emma and Mr Knightley are wed at the end of the novel. By contrast, Henry Crawford and Maria in Mansfield Park reap the rewards from their transgressive choices, outcasts of the Bertram family society. Mr. Elliott and Mrs. Clay in Persuasion also suffer social banishment after straying from the path of moderation.

The virtues gained by Austen’s characters strengthen society. In this sense, she adds a Christian dimension to her narratives. Charity, the central virtue of Austen’s Christian faith, becomes the means whereby the disorder of polite society is banished, to be replaced by an order essential for the future lives of her characters.

Jane Austen’s novels promoted virtuous living through stories that dramatized the challenges of being virtuous, its complex nature, and the dangers of straying from the middle way into excess and deficiency in conduct. Her large array of characters allowed Austen to use narrative to overcome the limitations of moral instruction delivered in philosophical and religious tracts. 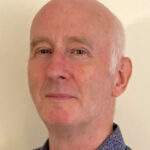 What Are the Four Cardinal Virtues of Stoicism?