The Wartime Origins of Winnie-the-Pooh

A literary icon for young people across the world, Winnie-the-Pooh might never have come to be without a Canadian's involvement in the First World War. 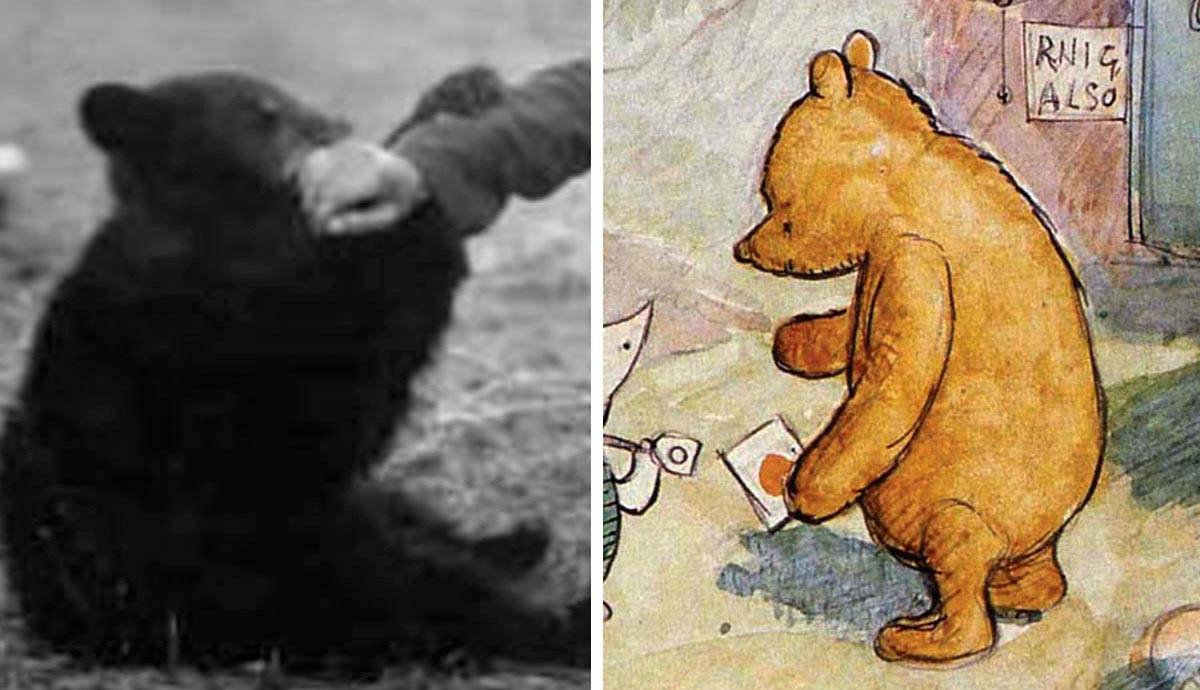 With his first book in 1926, Winnie-the-Pooh would enter into the lives of children throughout the English-speaking world. As time went on, his popularity would only grow as his book was translated into countless languages and became a New York Times Best Seller. More and more people would fall in love with the iconic bear once Disney the film rights for the beloved icon. Many of the series’ characters originally came not from the mind of author Alan Milne but rather from his son, Christopher Robin Milne. The latter served as both the inspiration and namesake of the young boy featured in the books.

While many of the characters were named after his son’s toys, Milne did make an exception for the titular character. While Christopher did indeed call his teddy bear Winnie, it would be another bear after whom Winnie-the-Pooh was named. It should prove an odd and unique footnote in history that one of the most beloved children’s characters was a product of the devastating World War I.

The Real Winnie-the-Pooh & Expatriates at War

Ironically, the origins of such a beloved children’s character were only made possible through the horror of the First World War. In 1914, Europe was embroiled in a new, industrialized-scale conflict that the world had never seen before. The fighting took place in France and Belgium between the forces of Germany and the combined armies of Britain, France, and Belgium. While it quickly became clear that the scope of this fight was like nothing before, both Britain and France called upon their colonies, dominions, and empires in order to help supply manpower to the meat-grinder that formed on the western front.

One of the chief entities that the British would call upon was Canada. At this time, Canada was a Dominion of the British Empire, meaning that in effectively all aspects, it was self-governing but was unable to decide on its own foreign policy. As a result, when England declared war on Germany in 1914, Canada was automatically embroiled in the conflict. Despite this, the Canadian government was allowed to decide their involvement in the war and, had they chosen to do so, could have likely involved themselves very little.

During this time, however, many Canadians immigrated from England or were first-generation, with many of their families still living back in England itself. Because of this, the fledgling country carried a very strong bond with the United Kingdom, and large numbers of soldiers, some 620,000 mobilized, would form the Canadian Expeditionary Force. Roughly 39 percent of these would be wounded or killed by the end of the war.

One of these individuals was Harry Colebourn, a native of Birmingham who moved to Canada at the age of 18 in 1905. In Canada, he was a veterinarian in the province of Ontario before moving west to the city of Winnipeg. Feeling a strong sense of loyalty to his native England, Colebourn enlisted with the Canadian forces at the outbreak of the war, as veterinarians were often needed to care for the horses, which all nations relied on for transport and logistics during the war.

On the way to the main Canadian training camp in Valcartier, Quebec, Colebourn made an odd acquisition: a young female black bear cub, which he bought from a local hunter in western Ontario for $20 (or some $650 in modern currency). He would name this bear Winnie, after his adopted hometown of Winnipeg.

Winnie During the War

Colebourn ended up in the Canadian Army Veterinary Corps and was shipped out to England as part of the Canadian Expeditionary Force in October of 1914. Somehow, despite the conspicuous nature of the passenger, Colebourn was able to sneak Winnie aboard and across the Atlantic to England. Moved to the mustering grounds at Salisbury Plain, Winnie was by then the official mascot of the Fort Garry Horse Regiment, to which she was attached and was much loved by the soldiers stationed with her and her caretaker in the south of England. Eventually, however, it would prove time for the Canadians to depart for France, where they would experience some of the worst industrialized warfare that the world had ever seen.

Not wishing to put their beloved mascot in danger, and with Colebourn already having enough responsibilities on top of having to care for the growing cub, he decided to leave Winnie in the care of the London Zoo in early December of 1914. Colebourn then served three years in France, surviving the entirety of the war in Europe and having risen to the rank of Major in the process. He originally intended to bring Winnie back with him to Canada, but Colebourn ultimately decided that Winnie could remain at the London Zoo, where she had received quite the following and was well known and loved for her gentle, playful behavior.

Three years after Winnie had found herself left in the care of the London Zoo, the First World War came to a close. Seeing how at-home and beloved the bear had become, Colebourn decided in 1919 that Winnie would be officially donated to the Zoo. In her new home, Winnie drew the attention of one repeat visitor: Christopher Robin Milne, who first saw the bear at the age of four in 1924. Christopher, the son of World War I veteran and author Alan Alexander Milne, was one of the many visitors who came to love the bear; he even changed the name of his own beloved Teddy from Edward to the now-famous Winnie-the-Pooh, a combination of Winnie the bear and Pooh, the name of a swan he had met on a family vacation.

This would serve as the namesake for one of the most identifiable and famous children’s characters of several generations, along with other recognizable characters also based on the young Christopher’s toys: Piglet, Eeyore, Kanga, Roo, and Tigger. Even in these early iterations, the characters, especially Winnie-the-Pooh himself, would be very similar to those we are familiar with a century later.

It’s hard to believe that such a kind, thoughtful, and admittedly “a bear of very little brain” could have its origins in something as nightmarish as the First World War, but, if nothing else, it shows that through all the grim realities that humans might create, there is always the opportunity and the capability to create something truly heartwarming and meaningful. Winnie-the-Pooh remains a perfect example of this, showing how some positive and heartwarming stories can outlast the horrors and scars of war.