Who Were the 5 Leading Female Abstract Expressionists?

We celebrate 5 of the leading female Abstract Expressionists, and their vitally important role in this era defining American art movement. 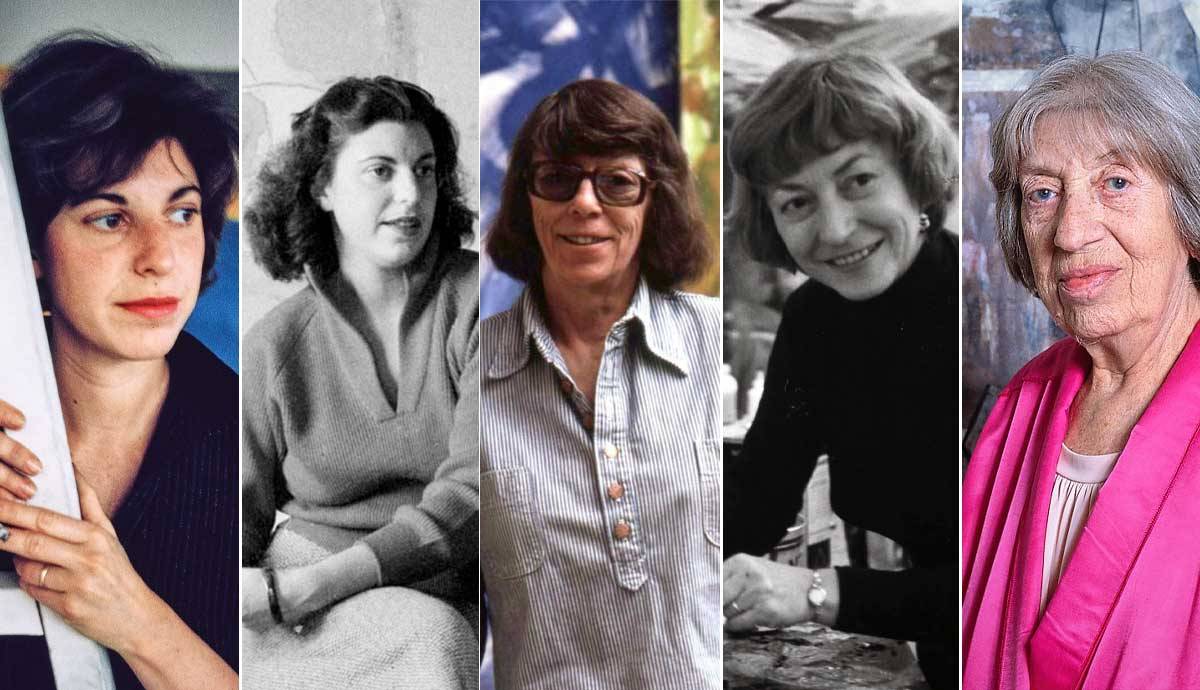 Abstract Expressionism was an epoch defining art movement, encapsulating the spirited, emotional angst of post-war life in the United States. While historical accounts have tended to focus on the ‘boys club’ nature of the movement, led by macho, aggressive male artists including Jackson Pollock, Willem de Kooning and Hans Hoffmann, a series of trailblazing women also played a key role in the movement’s development. Many have more recently received long overdue recognition for their role in defining the mid-20th century oeuvre. We celebrate just a handful of the pioneering female Abstract Expressionists who fought for their place amongst a male-dominated table and, in recent decades, are now gaining their rightful respect and recognition.

Lee Krasner was without a doubt one of the most important artists of the mid-to-late 20th century. Married to Jackson Pollock, she was often cast in his shadow by the press. But as recent retrospectives have proved, she was a ferociously ambitious artist with a formidable talent, and one of the leading female Abstract Expressionists. Early in her career in New York Krasner experimented with Cubist-style, broken imagery, blending collage and painting together. Later, with her ‘Little Image’ series, made in her Hamptons home studio, Krasner explored how Jewish mysticism could be translated into all-over, intricate patterns. These artworks, in turn, gave way to an unbounded freedom of expression in Krasner’s late career, as her paintings became bigger, bolder and more bombastic than ever.

The legendary New York-based Abstract Expressionist painter Helen Frankenthaler bridged a divide between the angst-ridden, over-wrought painterliness of her mostly male contemporaries, and the later, ambient and atmospheric school of Color Field painting. In her most recognized and celebrated ‘poured paintings’, Frankenthaler diluted her paint and poured it in aqueous passages over vast swathes of un-primed canvas from above. Then she let it form spontaneous patches of intense, vivid color. The results were deeply resonant, invoking distant, half-forgotten places or experiences as they drift across the mind’s eye.

American artist Joan Mitchell earned her stripes as a key player in the New York School of Abstract Expressionism at a young age. While she relocated to France in the years that followed, she continued to pioneer a fantastically vibrant and fervent style of abstraction which earned her international recognition throughout much of her life. On the one hand, her paintings made a nod to the late flower gardens of Claude Monet. But they are far gutsier and more expressive, with wild tangles and ribbons of paint that seem to weave together to create living, breathing organisms on the canvas.

While the name De Kooning is more commonly associated with the male Abstract Expressionist Willem, his wife Elaine was also a highly respected artist in her own right. She was also an esteemed and outspoken art critic and editor. Her paintings merge elements of figuration with a free-flowing and expressive abstract style, creating sensations of energy and movement on the flat canvas. Her turbulent subjects include bulls and basketball players. One of her most celebrated paintings was her portrait of John F Kennedy, made in 1963, which tore up the rulebook. On the one hand, it was unusual at the time for a female artist to paint a male portrait. It was also almost unheard of to depict a public figure in such a brash, wild, and experimental way.

American painter Grace Hartigan was a leading figure in the school of New York Abstract Expressionism. In her day she earned household-name status. Her art also featured in many of the most prominent survey exhibitions on Abstract Expressionism. Her freewheeling abstract paintings often have an underlying sense of structure and order, with ramshackle patches of color arranged into unlikely stacked, or geometric designs. She also merged elements of figuration into many of her most celebrated paintings, toying with a shifting balance between abstraction and representation.