HomeAnswersWhat Are the Differences Between Orphism and Cubism?

What Are the Differences Between Orphism and Cubism? 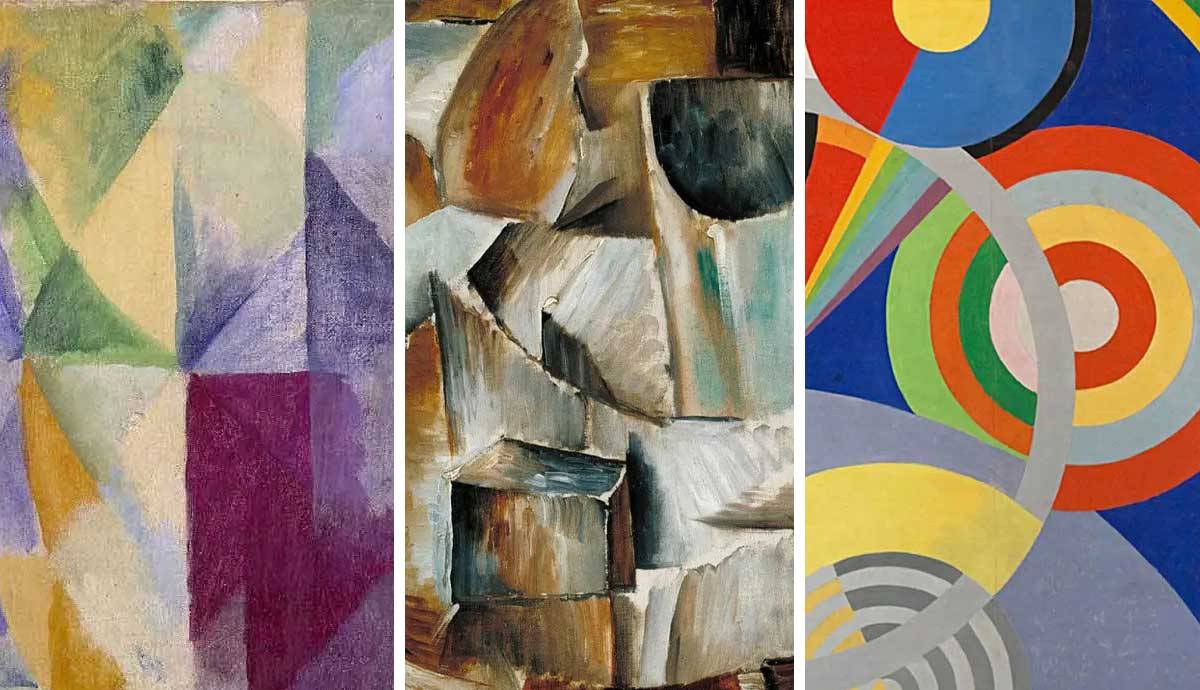 Cubism and Orphism were both radical, abstract art movements from early 20th century Paris. The two movements share many similarities, and several artists too. To make things even more confusing, some art historians even talk about Orphic Cubism! All this means that it can sometimes be difficult to distinguish between the two. But there were some clear and distinct differences between Orphism and Cubism that make it a little easier to recognize which is which. We look through some of the key distinctions between the two art movements below.

Cubism lasted from around 1907 to 1914. Pablo Picasso and Georges Braque spearheaded the movement. Later, artists including Juan Gris, Jean Metzinger, and Albert Gleizes joined them. Cubists played with shattered forms and distorted perspective to capture the true complexities of human sensations and perceptions when looking at the real world. They argued that we do not see objects from a singular, static viewpoint, like a camera, but are instead constantly shifting our eyes from one angle or place to another. This Cubist emphasis on sensation and subjectivity had a profound and long-lasting impact on the art that followed.

Orphism emerged as a smaller off-shoot of Cubism in around 1912. Art historians sometimes call the early phase of Orphism ‘Orphic Cubism’, because it was so similar to the Cubist language. Like the Cubists, the early Orphists experimented with how to translate the real world into a series of splintered, angular forms that reflected inner human sensations. Paris-based artists Robert and Sonia Delaunay were the first to toy with Orphic Cubism. However, they called their art ‘Simultanism’, to describe the flickering sensations of light, color and endless movement they captured in their art. In the years that followed, the art critic Guillaume Apollinaire invented the term Orphism, a reference to the Greek mythological musician Orpheus. Apollinaire likened their patterns of color to Orpheus’ musicality.

One clear distinction between Cubism and Orphism was the way they used color. Particularly during the early Analytical phase of Cubism, Picasso and Braque deliberately made their Cubist paintings with muted, pared back colors. They argued that this allowed them to hone in on the spatial distortions of their compositions.

Meanwhile, Robert and Sonia Delaunay both painted with bright, vivid and intense colors, setting their ideas distinctly apart from their predecessors. In fact, the Orphists looked back to the Neo-Impressionist, or Pointillist art of Georges Seurat and Paul Signac for ideas on how to use color. Like them, the Delaunays played with how complementary colors could create buzzing optical sensations when placed side by side. Sonia Delaunay, in particular, made color a fundamental, driving principle in her art. She loved the way it could create such striking optical effects. She also explored how it could also convey inner emotions and sensations that were not visible in the real world. Other artists who experimented the many possibilities opened up by Orphism include Frantisek Kupka and Franz Marc.

While Cubist art had abstract qualities, its artists never completely abandoned their references to the real world. Even in the later, Synthetic phase of Cubism, when artists began bringing in elements of flat cut paper and collage, we still see subtle nods towards reality. By contrast, Orphism was one of the first art movements in which artists began to experiment with pure abstraction, devoid of any reference to the real world. Both Sonia and Robert Delaunay’s art became increasingly abstract and inward looking as their ideas progressed. Over time, their art became all about conveying what was seen and felt with the inner, rather than the outer eye. This paved the way for a whole range of abstract art movements that followed.