There are different types of items of the past. Antiquities are the oldest in recorded history and retro to the most recent decades. Vintage and antique are somewhere in between. 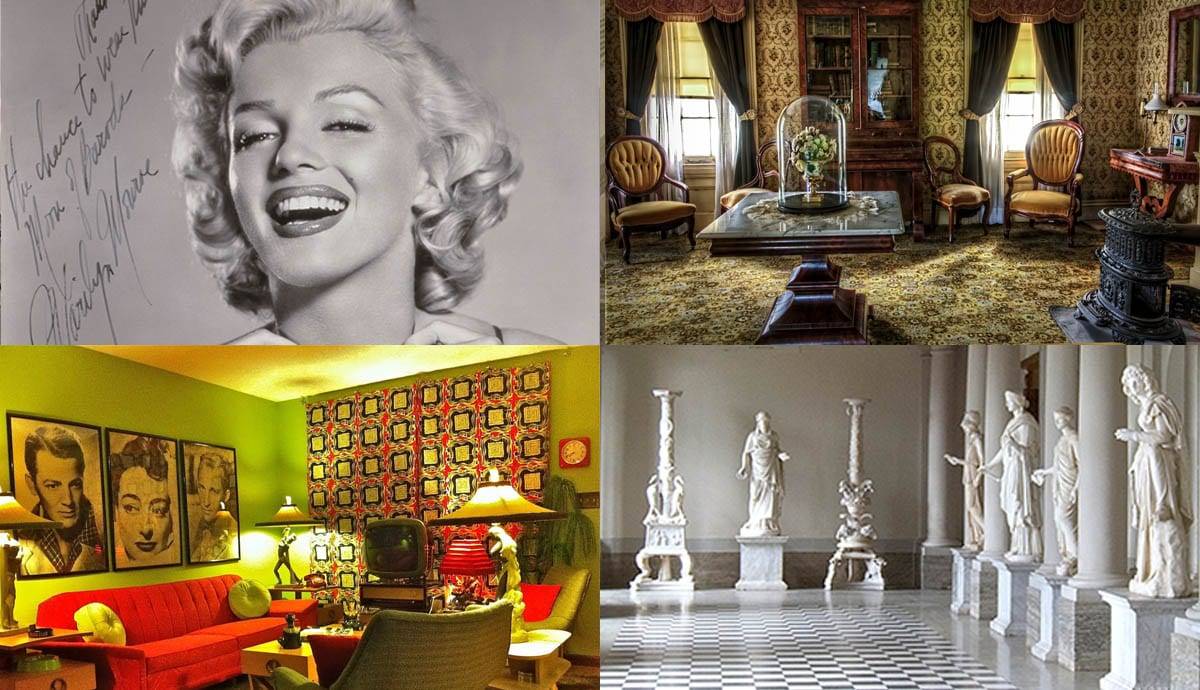 Antique, antiquity, vintage and retro items all have are all on-demand. All of them are based on periods of the past, but each one has a different focus and style. For example, retro clothing is more accessible and popular than antique clothing. Conversely, antiques are known for their luxurious furniture. Below, we break down what each of these mean, and the biggest categories of each market.

The word antique comes from ancient French and simply means old. For American and Canadian trade purposes, antiques are classified as being at least 100 years old. Antique items are known for their craftsmanship because many were created before factories became widespread. Many also are no longer produced, making them both deeply rare and personal to their owners.

In 1917, US journals like The Art World noticed a new demand for antique furniture.  Today, it includes many styles across nations. Antique furniture can come in American Colonial, Victorian English, or Rococo French styles, to name just a few. Wooden American furniture from the Federalist era (1788-1800) is especially popular, known for its high quality and detail.

Antique collections include categories outside of furniture and the West. For example, Asian Qing dynasty (1644-1912) canopy beds make remarkable centerpieces for a bedroom. Cars, too, can be a feature for antique collectors. These include the first car models ever produced up to those of the 1930s. As for paintings, depictions of everyday life for the home were popular- especially those that include dogs or horses.

Antique jewelry and glassware are as dazzling as the furniture. Many jewelry collections include Art Deco styles, and craftsmen designed glass and kitchenware by hand. Finally, Grandfather Clocks are a beautiful centerpiece of furniture, with entire auctions dedicated to antique clockwork.

How far back does the antique category go? You could argue that it includes medieval art since it should be at least 100 years old. But for market purposes, you can expect the word antique to yield all the items above.

Antiquities apply to ancient civilizations up to the earliest recorded human history. Many antiquity museums highlight Greece, Rome, Egypt, and Mesopotamia for their ancient art. The first recorded use of the word was in the 14th century when European scholars wanted to define pre-Christian history. People define its beginning and end differently, but a rough timeline of the era runs from about 5000 BC to 500 AD. Basically, around the Fall of Rome.

Unlike antiques, art from antiquity has been passed down or sold over thousands of years. So it’s not as easy for civilians to get these pieces; instead, scholars and archeologists have transferred many to museums. For instance, the Cesnola Collection at the Metropolitan houses has work from the Early Bronze Age until the end of antiquity.

Some of the most famous antiquities include the Winged Victory of Samothrace, King Tut’s Tomb, and the Assyrian Lamassu (human-headed winged lions) that once guarded the room of King Sargon II. Roman portrait busts are also curious. Unlike their Greek counterparts who valued ideal human forms, Roman artists began to practice verism. Verism was a style that sought to be realistic, capturing “flawed” details like wrinkles, scars, and frowns.

Despite being less widespread, there is an antiquity market in auctions. You can buy jade jewelry and porcelain from ancient China, or statues of Greek deities. Careful, though- Forged and trafficked antiquities abound, so it’s best to buy from reputable sources that can verify a piece’s provenance.

Originally, the word vintage described the year and location of a wine. Now, it refers to items from the early 1900s up to the end of the 1960s. In the vintage category, we see a rise in fashion memorabilia. Both collectors and casual buyers like vintage goods and clothing because it’s already used. Many of them use it to avoid fast fashion, and because, like antique craftsmanship, they’re more likely to be hand-crafted and higher quality.

Avid fashion collectors can find vintage Chanel and Louis Vuitton handbags and accessories at major auction houses. Hermès handbags are a favorite, such as the Kelly model that was named after actress Grace Kelly. Many vintage items are associated with celebrities, like Hollywood jewelry worn by Marilyn Monroe and Vivien Leigh’s necklace in Gone with the Wind.

Many people confuse vintage with retro. The two do begin to collide in the 1960s. But to help differentiate them, notice that vintage has more muted colors, as in black-and-white photographs and pastel clothing.

Retro comes from the French word rétro, meaning to move backward (seeing a trend here?). The world’s first usage was in 1972 and encompasses colorful new technology and fashion up until the 1990s. Any item at least 15 years old can count as retro. However, you can also call something retro if it’s new but still evokes vibrant styles like Mod or Maximalism.

The 1960s was also a revolutionary time for fashion. Young people were challenging the idea that only couture could define good style. They sought to challenge established attitudes in every way, turning to bright color blocking, and androgynous new styles. In London, the first boutiques began to open- small shops with fashion marketed to ordinary people that diverged from high fashion department stores. European designers like Pierre Cardin and Yves Saint Laurent also tuned into this new market, producing dresses like the above.

Color television became popularized in the 60s, and thereafter, a host of new movie posters and series. Star Wars blew up in popularity after its debut in 1977, with many people collecting retro action figures. In just 2015, a 1978 figure of Luke Skywalker sold for 25,000 USD.

One thing that sets retro items apart from vintage is the emergence of video games. The Atari 2600 was one of the first popular home consoles in 1977. Research has shown how strong the connection between nostalgia and retro games are. More collectors are seeking out original consoles, leading to raised prices.

If not directly taking styles from the past, people find ways to rehash it. For example, vaporwave emerged in the 2010s, combining 80s-90s imagery with electronic art.

Antique, antiquity, vintage and retro collections are all ways for people to feel connected to that past. Whether it be art, antiques, fashion, furniture, or otherwise, these phrases refer to periods and styles of the items. Most importantly, the main difference then is which era evokes the most nostalgia or appreciation for you.