Shakespeare's Ophelia is one of the most popular and recognizable faces in art. Take a look at nine different versions of the tragic heroine. 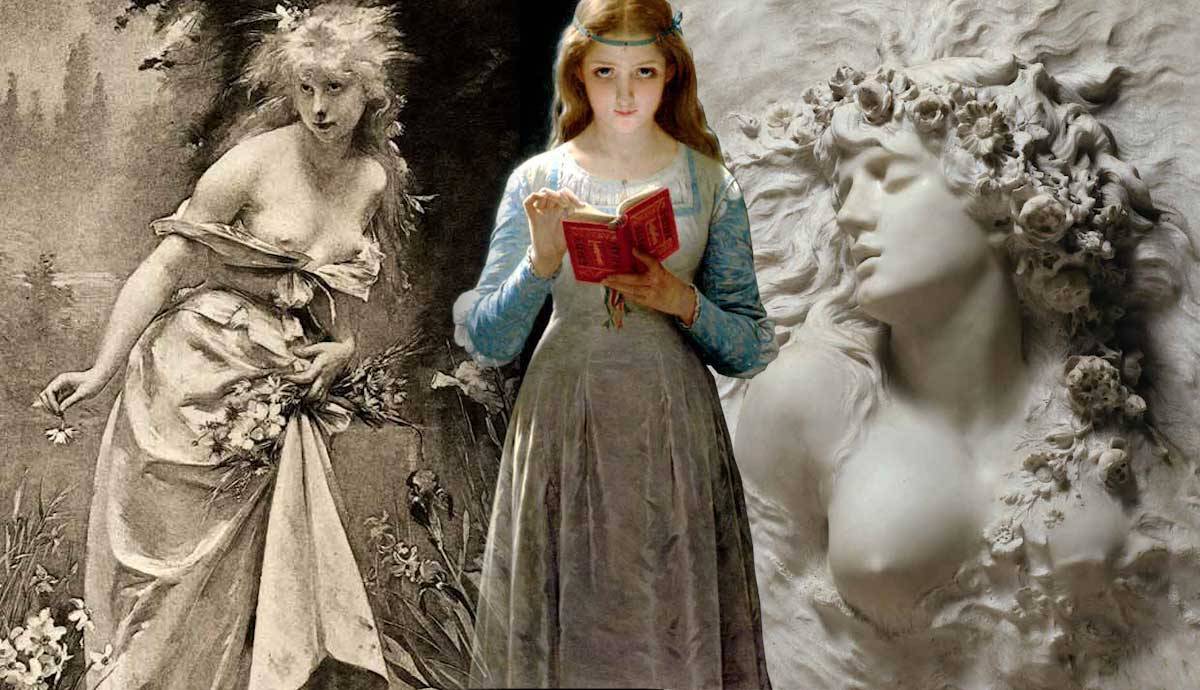 The tragic death of Shakespeare’s Ophelia has been a subject of debate for both readers and historians for centuries. A bride of Hamlet, she is constantly manipulated by both him and her own family and is left heartbroken after Hamlet refuses to marry her due to Ophelia’s father Polonius conspiring against him. Later on, Hamlet accidentally kills Polonius. Ophelia, overcome with pain, grief, and despair, loses her mind and drowns in a river, falling from a willow tree.

Shakespeare’s Ophelia dies off-stage, with her death only being reported to Hamlet by his mother Queen Gertrude. The question of what exactly happened remains unanswered and discussed in great detail up to this day. Was her death accidental or intentional? Was it suicide or was she killed by someone else? What if she was pregnant? If so, who was the father? William Shakespeare offers no clear answer to these questions, leaving each reader to interpret the text on their own.

During the nineteenth and twentieth century, the image of a pale, mad Ophelia was brought into the art world on a fantastic scale. Partially it happened because of the emerged cult of illness and weakness caused by the tuberculosis epidemic. This deadly disease was so widespread, it became highly romanticized and even fashionable, especially when the suffering patient was a young woman. With her beauty quickly fading. After all, as Edgar Allan Poe wrote, “The death of a beautiful woman is, unquestionably, the most poetical topic in the world.” Take a look at nine artworks showing the life and death of Shakespeare’s Ophelia.

The most famous image of Ophelia was painted by Pre-Raphaelite artist John Everett Millais. The Pre-Raphaelite brotherhood aimed to cast off the shackles of the Classical style that was taught in art academies. They instead focused on the emotions and atmosphere of a painting, using vibrant colors and elaborate composition. During the creation period of this work, the model Elizabeth Siddal had to spend hours in an old embroidered dress inside a full bathtub of water. The painting was made during the winter, so the water was heated by gas lamps, which quickly went out with Millais being too busy to notice it, and Siddal too afraid to distract the artist. As a result, Elizabeth caught a cold so severe that her father threatened to sue Millais.

Another haunting version of Ophelia belongs to the French portraitist Pierre Auguste Cot, well-known for his portraits and romantic scenes. The painting is not a direct illustration of Hamlet, but rather a glimpse into the dark and terrifying mind of Ophelia after Hamlet refused to marry her and then killed her father Polonius. What might seem to be an innocent look of a young maiden, looks downright creepy and unsettling, hinting at Ophelia’s soon-to-come decision to take her own life out of grief and madness.

Ophelia was a popular subject with the French Symbolist Odilon Redon, and quite a personal one too. In 1888, his close friend and literary critic Emile Hennequin drowned in front of the artist’s eyes while both were on vacation. Redon was so shocked by the event that in the following years he kept coming back to the image of Ophelia going underwater. Redon’s version of the story is in no way an illustration of the original text written by Shakespeare, but rather a dreamlike impression of it.

Ophelia’s pale face is contrasting with vivid bunches of flowers around her. The viewer actually has to make an effort in order to notice her lifeless body. In the years after his friend’s death, Redon painted Ophelia dozens of times, coming back to the idea of a young life being consumed by dark waters again and again.

Both in Shakespeare’s times and in the late nineteenth century women were obliged to wear heavy garments of multiple layers to show modesty. In fact, those garments in Shakespeare’s text are partially the reason for Ophelia’s death: her garments, heavy with their drink, pull’d the poor wretch from her melodious lay to muddy death. Heavy fabrics of her dress soaked in water, dragged the heroine down to the bottom of the river.

However, the text did not stop artists from dressing Ophelia in light flowing underdress in order to eroticize her image. In the case of Carlos Ewerbeck, she was left completely nude. Besides sexualizing the character, her naked body might be a reference to her fragile mental state.

Painted by a renowned woman artist Madeleine Lemaire, this version of Ophelia is one of the most disturbing versions, representing the character’s madness in a much less picturesque way. Lemaire was well-known for her genre scenes showing flower compositions and women in interiors. Therefore, portraying Ophelia became a surprising exception. Half-naked, with her hair disheveled, and a wild look in her eyes, Lemaire’s Ophelia hints that the nature of her psychosis had to do not only with her grief but with her frustrated sexual feelings. Proof of that can be found in Shakespeare’s lines in act 4. The already mad Ophelia sings a song about a maid losing her virginity and being left by her lover, which might be understood as a reference to her own relationship with Hamlet.

The legendary actress, who was also the first celebrity in the modern sense of this word, Sarah Bernhardt was also a gifted sculptor. In a way, her artistic practice was a continuation of her acting career with references to her roles and public persona. Her version of Ophelia is perhaps too idealized to be a direct reference to Shakespeare’s text but nevertheless has one important feature. If we look at the photographs of Bernhardt, we can recognize her own facial features in her depiction of Ophelia. In fact, Bernhardt did play Ophelia on stage in 1886, only six years after making the piece. During the production, she insisted on developing her role further. Instead of the death of Ophelia being indicated by a closed coffin carried out to the stage, Bernhardt was brought to the public, playing a lifeless body herself.

Paul Albert Steck’s work shows us a rare image of Ophelia not pictured standing by the river or floating in it, but already sinking to the bottom. With water plants all around her and air bubbles coming out of her mouth, Ophelia is depicted during her very last moments in this work. In a way, she resembles a mythical mermaid or a water nymph and does not seem as tragic as the original text by Shakespeare suggested. Steck was well-known for his paintings of landscapes, historical scenes, and romantic heroines.

Ophelia’s death, a late work of Salvador Dali, the master of Surrealism, presents the heroine’s demise in a dreamy, non-realistic way. There are two images of Ophelia on the same plate: one showing a full-body perspective with her head thrown back and the other one showing her profile half-immersed in water. In both cases, Ophelia does not seem dead. It looks like she is sleeping and calmly awaiting her fate as the river pulls her in deeper and deeper. The topic of sleep and dream was particularly close to the Surrealists. These artists were often focused on exploring the dark corners of the human mind and the subconscious.

Argentinian Surrealist Leonor Fini was clearly inspired by Millais’ classic version of Ophelia. However, Fini gave it a dramatic twist. Fini’s Ophelia is not a version of a romanticized pale maiden immersing in cold waters. The artist is showing us a dead body of a burning woman, with her voluminous dress and red hair creating the impression of water set ablaze. The contrast between the bright orange dress and the lifeless white face and hands untouched by the flames emphasized the tragedy of a woman killed by her grief and passion. The title Useless Dress refers equally to the dress that pulled her underwater as well as to the wedding gown which Ophelia never got to wear after Hamlet left her. 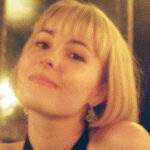