Who Won the Trojan War? 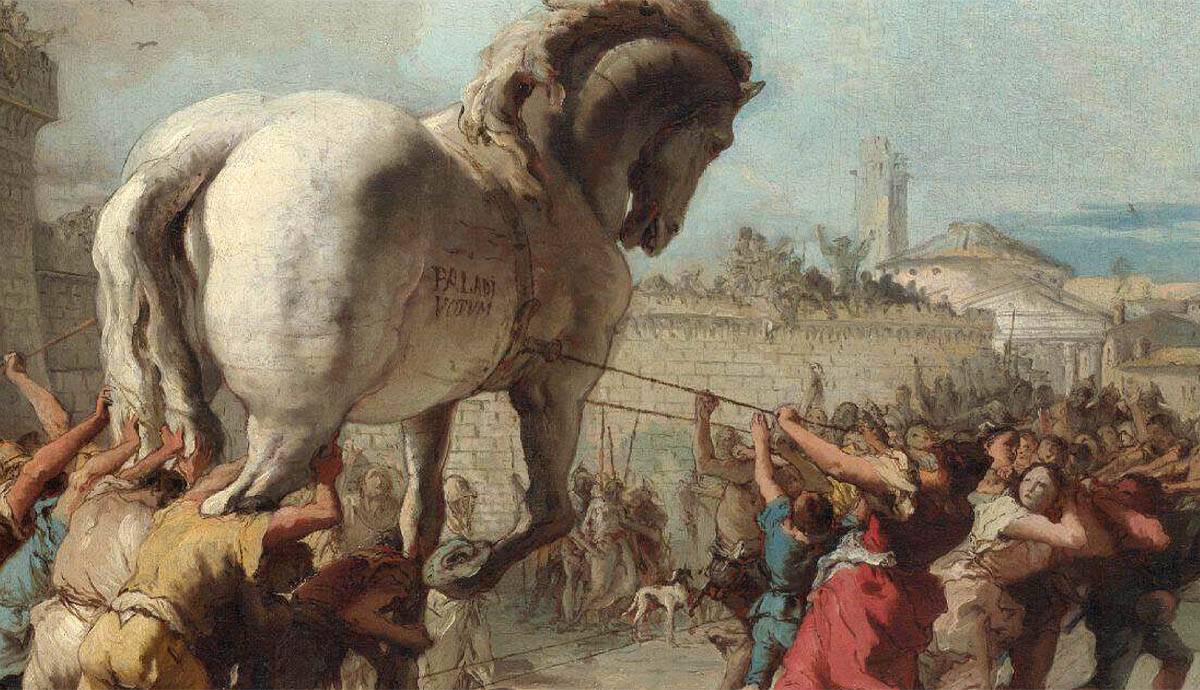 Set in Greece’s mythical past, the Trojan War is one of history’s most legendary battles. A grueling 10-year conflict between the Greeks and the Trojans, the Trojan War began after Paris abducted Helen, and it led to unprecedented bloodshed, destruction and loss. Some of Greek mythology’s greatest heroes and kings lost their lives, including Achilles, King Priam and Prince Hector. The gods took interest in the war, choosing opposing sides – Aphrodite and Ares sided with the Trojans, while Athena, Poseidon and Hera fought with the Greeks. But who actually won the war? Although the Greeks technically won (with the help of a Trojan Horse), there is more to the story than meets the eye…

For 9 long years the Greeks ravaged and destroyed the country and cities beyond Troy. But the fortified walls surrounding the city of Troy were so strong that the Greeks could find no way in. There the royal household remained, untouched by the Greeks. It seemed as though they had resisted the Greek army for long enough that the battle was now over, and the Trojans had won. That was, until Odysseus, Greek King of Ithaca, hatched an ingenious plan to outsmart the Trojans, one that would remain famous throughout history.

Odysseus told the Greeks to build a large wooden horse. He then hid inside, with a small army of the strongest Greek soldiers. The Greeks offered the horse to the Trojans as a pretend symbol of peace and prosperity. The rest of the Greek army appeared to set sail for home, secretly hiding on the nearby island of Tenedos. And so the Trojans thought they had seen the back of the Greeks once and for all. Both Laocoon and Cassandra tried to warn the Trojans against taking the horse inside, but it was no use.

As the Trojans wheeled the horse in past the impenetrable gates of Troy, the Greeks waited for the moment to strike. At the dead of night, the Greeks inside the horse crept out and opened the city gates. Meanwhile, the remaining Greek soldiers sailed back from Tenedos and were able to sneak into the city of Troy. From there, the Greeks set fires throughout Troy and massacred its inhabitants, including King Priam of Troy, thus decimating the once glorious city.

In Reality, No One Really Won the Trojan War

Although the Greeks technically won the war, the level of destruction and devastation that went on both during and after the Trojan War meant no one was really a winner. When the Greeks set sail for home, many of the gods were still angry about the war. They deliberately blew the Greeks far off course, leaving many stranded in faraway locations. King Agamemnon was one of only a few kings who managed to return to his former kingdom, but rather than being hailed a hero, his wife had been secretly plotting his downfall for years, and she and her lover Aegisthus promptly assassinated him. The Greek war hero Ajax, meanwhile, was shipwrecked on a faraway island. As he clung to the rocks, Poseidon split them in half, thus drowning him. Others suffered similar fates, never making it back home.

Some Greeks Had a Lucky Escape

A few Greeks managed to survive from the wreckages of war and continue with their own family lines. Achilles’s son Neoptolemus travelled to Epirus and became the Molossian king (although he later died trying to avenge his father’s death). The wise man Nestor, who was known for his prudence and piety throughout the Trojan War, sailed back to ancient Greece, and raised a family of strong men. Unlike many of his fellow warriors, he lived to a ripe old age in peace and stability.