HomeAnswersWhy Was Avant-Garde Art So Important? 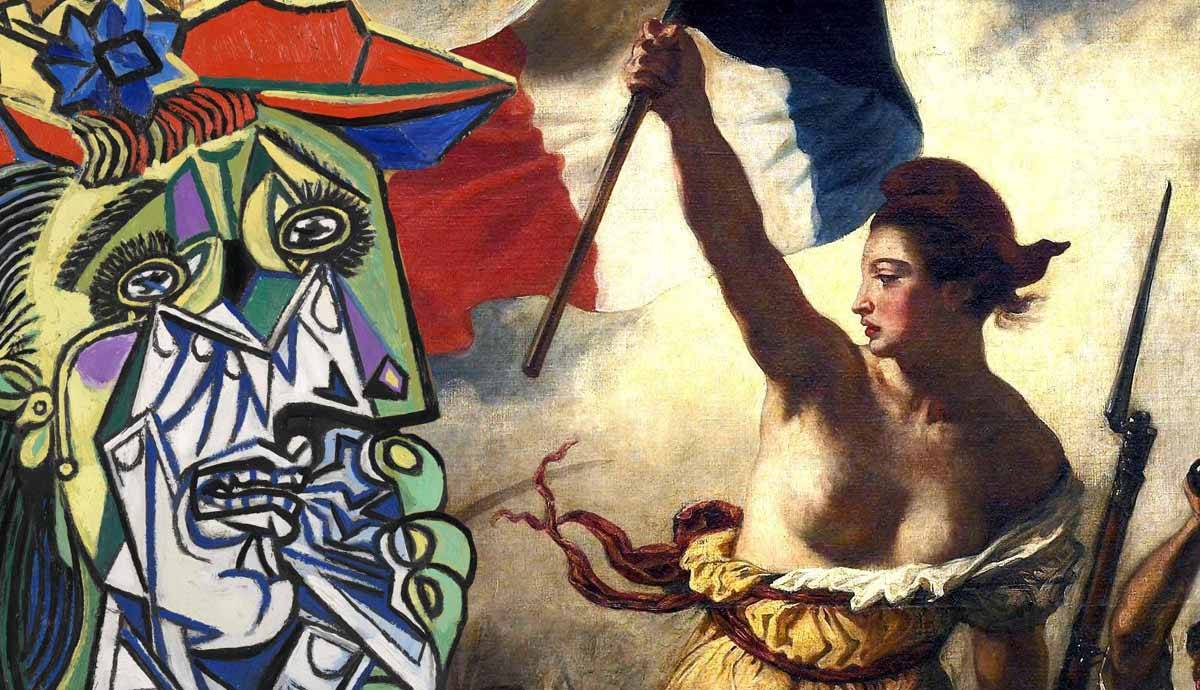 Avant-garde art is a broad ranging term that covers a huge variety of styles and approaches. The term usually applies to modernist, European art made from the mid-19th to the mid-20th century, which focused on daring innovation and a progressive, anti-establishment outlook. It was a monumentally important period in the history of art, when artists made a clean break with the past, and opened up a whole new way of thinking about what art could be. Let’s take a brief look at the reasons why this branch of art history was so instrumental to the development of modern and contemporary art.

1. Avant-garde Art Proved Art Could Be For Everyone

The early 19th century French social theorist Henri de Saint-Simon was the first to use the term avant-garde when describing works of art. For Saint-Simon and his contemporaries, avant-garde art was that which had a strong moral compass, and leaned into socialist causes. This approach was in stark contrast with the elitist art institutions that had largely dominated the Western art world up until then. Some of the first artists to be described as avant-garde were the French Realist painters including Eugene Delacroix, Gustave Courbet, Jean-Francois Millet, and Honoré Daumier, whose art acted as a voice for the poorest and most repressed members of society, documenting their lives with great pathos and understanding. The French Realists proved that art wasn’t just for the members of a stuffy institution, but it could be for everyone, and this attitude has remained an important aspect of art since.

2. It Opened Up Innovative New Ways of Making Art

Towards the early 20th century, art historians began to associate the term avant-garde with progressive styles of modernism, which charged forth into new styles of art that had never been seen before. One of the first radical avant-garde groups was the French Impressionist School. They were hugely significant to the development of modernist art because their art was a deliberate rejection of the Salon-approved, traditional styles of history painting that had existed for centuries. Instead, the Impressionists focused on abstract, expressive brushstrokes, and the fleeting sensations the artist felt when working en plein air directly before nature. In turn, the Impressionists led the way for a series of radical and innovative new modernist art movements including Cubism, Fauvism, and Expressionism.

Much late 19th and early 20th century avant-garde art was transgressive and challenging in nature, pushing the boundaries of what was acceptable in art. From Edouard Manet’s subversive portrayals of prostitutes to Pablo Picasso’s crude, angular and disjointed Cubism, avant-garde art was deliberately provocative and thought-provoking, challenging viewers to think about the nature of art and our relationship to it. From the Realist and Impressionist eras onwards, artists also began staging their own pop-up art events as a form of anti-establishment protest, proving artists didn’t need to seek approval from larger institutions.

4. Avant-Garde Art Paved the Way for Postmodern and Contemporary Art

Many of the attitudes we see in postmodern and contemporary art have evolved from avant-garde art. The idea that art can act as a voice for the people is the backbone of much contemporary art, as seen in Ai Weiwei’s radical installations and interventions which merge activism with art, or in Banksy’s rebellious street art, that brings art out into the real world. Moreover, the radical languages of abstraction and experimentation first opened up by artists during the early 20th century continue to influence the nature of contemporary art, from Franz West’s clunky, expressive sculptures, to Katharina Grosse’s all-encompassing, painted installations.