HomePhilosophyGilles Deleuze on Hume: Could Subjectivity be Social?

Gilles Deleuze on Hume: Could Subjectivity be Social? 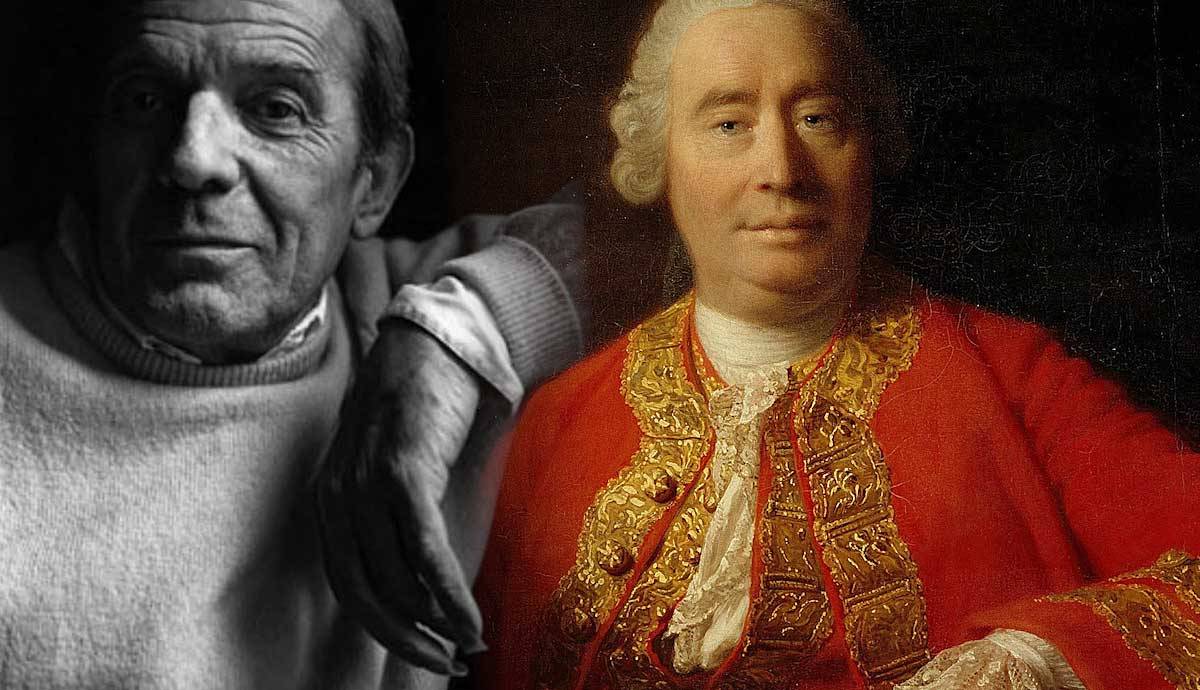 Gilles Deleuze radically reinterpreted David Hume’s work in his work “Empiricism and Subjectivity”. It was his first full-length work, and involves a controversial analysis of Hume’s “Treatise on Human Nature”. We will begin by introducing our two protagonists, and thereby saying something about their respective philosophical reputations.

Afterwards, we will explore the prevailing interpretation of Hume’s work, the one formulated by Immanuel Kant. An important focus will be one major deviation from the Kantian interpretation Deleuze fixates on; that of the social orientation of philosophy implied by Hume’s project. Our final question will be: what does it mean for us to approach our interior lives with this social orientation in mind?

Who Was Gilles Deleuze?

Gilles Deleuze was one of the most influential philosophers of the 20th century. As with many great philosophers of the past two hundred years, Deleuze spent almost his entire adult life working in Paris as an academic at the University of Paris. There he met and worked alongside such major philosophers as Michel Foucault and Jacques Derrida, as well as psychoanalysts Jacques Lacan and Felix Guattari.

It is for his collaborations with the latter that Deleuze developed a reputation which transcended philosophy. Their sprawling, inscrutable masterpieces ‘Anti-Oedipus’ and ‘A Thousand Plateaus’ became and remain extremely influential, including among English-speaking academics. The extraordinary popularity of ‘Anti-Oedipus’ in particular consequently gave new prominence to Deleuze’s two most original, and similarly challenging, works of philosophy: ‘The Logic of Sense’ and ‘Difference and Repetition’.

Deleuze’s original work and his collaborations with Guattari have not, generally, earned as much engagement from English-speaking philosophers as from those working in other disciplines, such as literary theory. Part of this stems from deep stylistic and methodological disagreements. What some take to be a work of extreme sophistication and the formation of a wholly new way of speaking about the mind, society and reality, Anglophone philosophers have largely dismissed as vacuous nonsense.

Whilst remaining neutral on which interpretation is the correct one, or even if they are wholly distinct interpretations, one can make the far less controversial point that Deleuze’s collaborations and ‘original’ works do not constitute the extent of his philosophical output. Deleuze began his career by producing a number of interpretations of other philosophers’ work. These interpretations are often highly idiosyncratic in their own right, but they are also reasonably clear and much easier to approach than Deleuze’s most famous works.

That Deleuze’s earlier works have been similarly neglected by Anglophone philosophers is a shame. Even apart from their demonstrable philosophical value in their own right, several of them constitute valuable tools for re-interpreting philosophers who are ubiquitously considered major figures in the development of modern philosophy. This is partly because of Deleuze’s self-consciously independent-minded approach to interpreting philosophers he reads. He approaches interpretation as a fundamentally creative exercise, as one in which something emerges from the interpreter as much as the philosopher he investigates.

David Hume is one such figure, and the only such figure who commands fairly minimal interest and respect among so-called ‘Continental’ philosophers. His reputation among many English speaking philosophers today also seems to suggest that Hume is in profound need of such a reappraisal. The reasons for this will become clear as the article goes on, but it is worth summarizing Hume’s reputation as it presently stands.

David Hume is seen as something of a negative philosopher: well known for his critique, but not taken especially seriously as a constructive philosopher. His adoption as a kind of ancestor by another fairly negative movement, that of Logical Positivism, hasn’t helped his case.

Secondly, Hume is understood to be a fairly conventional, unradical philosopher, especially with respect to moral and political questions. He is a thinker of the Scottish Enlightenment; the sudden outpouring of intellectual activity in Scotland towards the end of the 18th century. He is often grouped together with Adam Smith as a fundamentally small ‘L’ liberal, and the natural predecessor of Bentham and Mill.

Whatever his personal politics were, Deleuze convincingly suggests that the political potential within Hume’s work is far more ambitious than this characterisation might lead one to think.

The Kantian Interpretation of Hume

Much of this reputation is due to the interpretation of Hume offered by Immanuel Kant, which has proven to be extremely influential. The most important point Hume makes according to the Kantian interpretation, to which Gilles Deleuze’s provides a stark contrast, can be put in the following way (as it is by John Roffe, who I follow in this interpretation of Kant):

“All knowledge is drawn from experience. To be more precise, all of our ideas—our mental images of things, which constitute the substance of ‘thinking’—have their source in impressions, the name we can give to sensing or ‘feeling’, as we do when we see or touch something, or feel pleasure or pain.”

Certain notorious passages in Hume’s work lend themselves to this interpretation. Famously, the following passage which is superficially about billiard balls makes just this point about knowledge:

“When I see, for instance, a Billiard-ball moving in a straight line to- wards another; […] may I not conceive, that a hundred different events might as well follow from the cause? May not both these balls remain at absolute rest? May not the first ball return in a straight line, or leap off from the second in any line or direction? All these suppositions are consistent and conceivable. Why then should we give the preference to one, which is no more consistent or conceivable than the rest? All our reasonings a priori will never be able to show us any foundation for this preference.”

The point Deleuze will go on to make is that even as a theory of knowledge as based on experience is being advanced, so too is the centrality of knowledge within Hume’s conception of philosophy being diminished.

Deleuze’s Move on the Kantian Approach

It isn’t so much that Deleuze directly contradicts Kant’s approach to Hume’s work as such. Rather, he appears to feel Kant has missed the point of Hume, and indeed of any empiricist project, by defining empiricism as being above all about the derivation of knowledge from experience.

Deleuze puts the point this way:

“The classical definition of empiricism proposed by the Kantian tradition is this: empiricism is the theory according to which knowledge not only begins with experience but is derived from it. But why would the empiricist say that? And as the result of which question? […] The definition is in no way satisfactory: first of all, because knowledge is not the most important thing for empiricism, but only the means to some practical activity”.

This seems quite sensible: it doesn’t make sense to argue that all knowledge is fundamentally insecure, lacking in “foundation”, and then continue to emphasize epistemology in one’s wider philosophical project.

Deleuze instead emphasizes another part of Humean thought: that, as Roffe has it:

However, Hume does not believe that it is in the nature of our minds to be stable, secure consistent things. In fact, Hume believes quite the opposite, just because what goes on our minds is fundamentally derived from perception: “[the mind is] nothing but a bundle or collection of different perceptions, which succeed each other with an inconceivable rapidity, and are in a perpetual flux and movement”. It is psychology and mind, not knowledge, which constitutes the core of Hume’s philosophical project on Gilles Deleuze’s account.

Gilles Deleuze on the Social Orientation of Hume’s Philosophy

For Deleuze, it follows quite naturally that because Hume is first and foremost a philosopher of mind, he is at the very same time a social philosopher. Indeed, for Deleuze, the social element of psychology – the various ways in which our social world affects our mental one – has definite priority, at least of the following kind:

The essence of Deleuze’s project is to show how the mind and its passions can be integrated as a kind of social subjectivity. However, to many the separation of our interior worlds and the social world is quite a natural one; why follow Deleuze in denying the distinction? It isn’t sufficient to show that the social element of our lives affects our interior lives. After all, the opposite could simultaneously hold.

Rather, one must show that there is some absolute causal relationship between the two; that our interior lives are constituted by our social world. The open question which “Empiricism and Subjectivity” poses is this: if what goes on in the mind is a function of perceptions, does this effectively make our interior lives the product of our social reality? What follows from this abrupt check on our ordinary sense of independence with respect to our interior lives?