HomeArtWhat Are the Highlights at Tate Modern, London?

What Are the Highlights at Tate Modern, London?

Tate Modern in London houses one of the most impressive art collections in the world. These are just a handful of its many highlights. 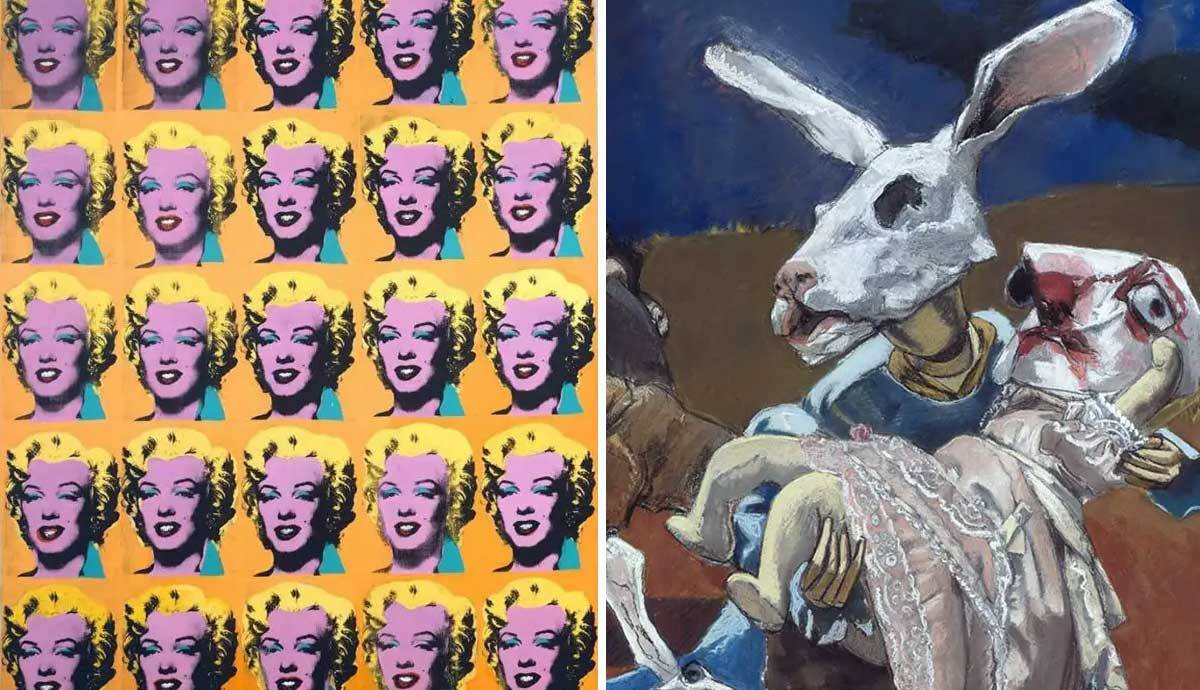 Opened in May 2000, Tate Modern is a world-leading art institution in London that owns some of the most iconic and influential artworks of all time. Spanning more than 100 years of art, from 1900 to the present day, the Tate Modern collection includes a vast array of artworks ranging from paintings to sculptures, drawings, prints, installations, video art and more. Among their collection are historical names we all know, like Pablo Picasso, Jackson Pollock, Andy Warhol and Roy Lichtenstein, along with contemporary pioneers such as Jenny Holzer, Barbara Kruger, Anish Kapoor and David Shrigley, to name just a few. We celebrate the incredible treasure trove of art housed within Tate Modern’s walls with a list of its key highlights.

Marcel Duchamp’s Fountain must be one of the most iconic artworks of the entire 20th century. Duchamp made this artwork as an example of what he called ‘readymade’ sculpture, using fond, pre-existing objects and giving them a new meaning. In this sculpture he transformed the humble urinal into a work of art, proving that the artist need not be involved in actually making an object for it to become an artwork. This concept had profound repercussions throughout the following 20th century, paving the way for conceptual and installation art. While the original Fountain is now lost, Duchamp made this replica version that is now in the Tate Modern collection in 1964.

Tate Modern owns several significant artworks by the key Abstract Expressionist painter Jackson Pollock, including Yellow Islands, 1952. This painting belongs to a body of work made by Pollock between 1951 and 1954 which he called ‘Black Pourings.’ In the series he moves away from his earlier, colorful drip paintings to a stark, black-and-white palette and a process of pouring black paint to create large pools of saturated darkness.

Of all the portraits Pop artist Andy Warhol made of the beloved Hollywood star Marilyn Monroe, this stark diptych in the collection at Tate Modern must surely be the best known. Warhol made this tribute to Marilyn in the same year of her death. He created a series of repeat-prints from a publicity shot of the actor for her film Niagara. On the left, Warhol portrays Marilyn in full color, while the right image is in stark black and white. By contrasting these two sides, Warhol emphasizes the star’s once bright, dazzling persona with the tragedy of her death and the inevitable fading of her image from public view.

Legendary British Pop painter David Hockney made this striking painting shortly after moving to Los Angeles. While living here he was entranced by the easy, breezy lifestyle and the light, airy atmosphere of California, which came to color much of his art. This painting demonstrates Hockney’s fascination with swimming pools, the ultimate symbol of luxury in the UK, but a common occurrence of nearly every home in California. In this particular pool there are no visible people, but we can see the trace of human activity in the flurried splash of water left behind by a diver. Hockney’s painting from the collection at Tate Modern encapsulates the luxurious, up-beat feel of 1960s Pop art, which celebrated the optimism of life as society recovered from the constraints of post-war austerity.

Guerrilla Girls, Do Women Have to be Naked to Get into the Met Museum?, 1989

The anonymous, feminist art collective The Guerrilla Girls spent much of the 1980s fighting back at the glaring inequality and under-representation of women within the arts and museums sector. Satirical poster campaigns were an important strand of their tactical art, grabbing public attention with the same bold text, catchy slogans and bright imagery of mass media advertising. In this eye-catching work of art, they include shocking statistics that prove how few women artists at the time were being recognized by the Metropolitan Museum in New York.

Pioneering Portuguese painter Paula Rego has been making socially engaged, subversive paintings for several decades, and this artwork from the Tate Modern collection is one of her most memorable. Made in response to a newspaper article describing the outbreak of the Iraq War, Rego merges curious, dream-like characters with gruesome elements of blood and gore, nodding towards the innocent lives that are inevitably destroyed by the brutalities of war.