John Rawls’s theory of justice is a landmark in political philosophy, but why and how did Rawls become so important? 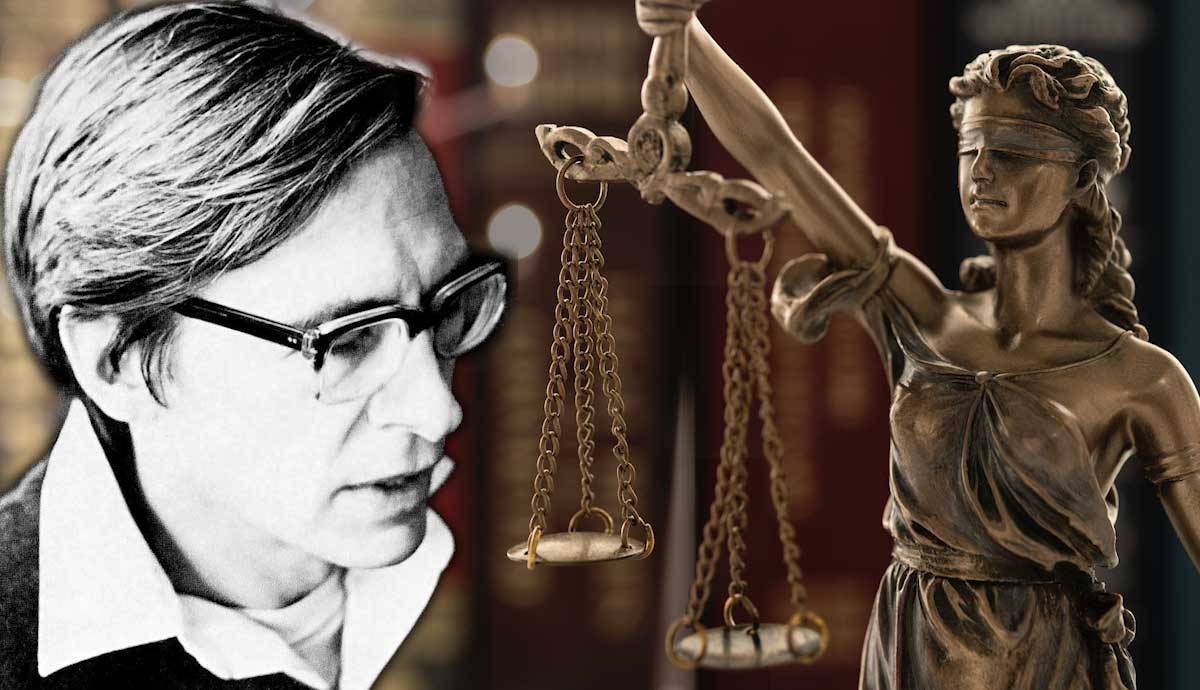 John Rawls’s ‘A Theory of Justice’ has left an enduring mark on Anglophone political philosophy. Almost immediately after it was published in 1971, a substantial number of philosophers have adopted Rawls’s frame for discussing politics, the categories he favours, his vocabulary and his syntax of political expression as definitive. To put it mildly, he is a difficult figure to avoid for anyone trying to write about politics in British and American universities. It is worth clarifying that Rawls’s conception of the political realm is self-consciously limited. He focused on legal and governmental institutions on the grounds that these are the main instruments by which rights and liberties are secured, by which resources and opportunities are distributed, and by which co-operation is mediated and secured.

First, Rawls’ theory is a liberal one in the sense that certain basic freedoms are the first principle of justice. Rawls conceives of these are enshrined within a constitution, and so the kind of freedoms he is envisaging likely have precedent in actually existing constitutional rights and liberties; freedom of expression, privacy, integrity or autonomy over one’s own body in certain circumstances.

We can also expect, notwithstanding the rights and liberties enshrined in actually existing constitutions, that these are to be negative rights – freedom from various kind of interference, largely the interference of the state (note that this isn’t true of all ‘negative liberties’; the right to privacy implies a right to be protected from interference by anyone).

2. The Role of Political Consensus

But Rawls’s theory is liberal in a deeper sense. The method by which Rawls develops his theory of politics relies on two normative judgments in the context of political discussion and the building of consensus which can reasonably be called ‘liberal’. One important notion is that of consensus without bias; that is, grounding political judgments on deliberation of an artificially neutral kind.

The method Rawls uses to forge this neutral consensus is based on intuitions tested in the following thought experiment: what would someone decide if they knew all of the relevant social and political facts of their society but did not know any facts about themselves (e.g. their race, their gender, how much money they would have, where they would live, what occupation they would end up with, how intelligent or hardworking they were, and so on)? It is this emphasis on the freedom of political discourse as an epistemic tool – free both in the sense of unconstrained by external considerations, and free in the sense of free from bias – that marks Rawls’ ethics of political discourse as distinctly liberal.

3. The Second Principle of Justice

It is important to emphasize that, although Rawls’ theory is a liberal one, it is not a capitalist one. Rawls’ own preferred economic system was that of a ‘property-owning democracy’, a form of radically redistributive, non-capitalist economy. The first principle of justice secures basic freedoms, and besides giving them priority, Rawls certainly thinks that these have to come first in a practical sense if a society is going to sustain itself. But the second principle of justice is that social and economic inequalities which do emerge must satisfy the following conditions: they are to be distributed according to a principle of fair opportunity, and they are to benefit the least advantaged members of society first.

This latter point is known as the difference principle, and can be understood in the following, simple example. Imagine that the farmers in a village have a bumper harvest of their main cash crop. Rather than, say, the biggest landholders making the biggest profit as tends to happen in capitalist or feudal economies, the surplus profit should accrue to those who are the least well off. This is also known as the ‘maximin’ principle; maximum benefit should accrue to those who have the least.

Rawls is, then, fundamentally making a liberal argument for economic redistribution and, on some interpretations, the abolition of capitalism as we know it. Certainly, if we start to extend the maximin principle beyond the national borders of the wealthiest countries, we would have to envisage certain institutions which are presently inconceivable. David Runciman suggests that a global wealth tax follows naturally from Rawls’ theory of justice. All this makes it more curious that Rawls’ has proven so influential, and not just among other philosophers.

Normally, when we talk about the influence a philosopher or a philosophy had, we are referring to influence within the discipline of philosophy itself, or at most within adjacent academic disciplines or among other kinds of intellectuals (writers, artists, architects, and so forth). Rawls’ work, and especially his theory of justice, was indeed extremely influential in political philosophy, as well as adjacent fields (especially jurisprudence and ethics). More unusually, he is one of a relatively limited set of political theorists regularly quoted by politicians, or cited as direct influences on their political outlook.

5. The Influence of John Rawls’s Political Theory Has Been Vast

Even among that selective group of thinkers cited by public figures – Machiavelli (most often by diplomats or other unelected officials), Hobbes, Locke, Rousseau, Paine and Burke – Rawls standards out as the only one whose work is both modern enough and systematic enough to reflect a set of specific political principles, rather than allegiance to a general ideal (liberalism, conservativism, realpolitik etc). He is particularly beloved of American liberals, and is taught in the law schools from which many America’s liberal politicians graduate.

Bill Clinton described Rawls as the greatest political theorist of the 20th century, and Barack Obama claims him as a formative influence. For Rawls and the approach to political theory he has inspired, this can either be taken as a commendation or a criticism. A commendation, because it shows that Rawlsian theory is sufficiently engaged in the discursive field of mainstream politics that it might plausibly be adopted by those who actually hold political power. A criticism, because though few mainstream politicians actually behave like committed Rawlsians – certainly, on almost any reading of Rawls’ vision for society, only the most left wing parties should be claiming to represent – allegiance to Rawls’ ideas doesn’t appear to mark them out as ardent left-wingers.

6. His Philosophy Has Been Critiqued as the Product of Elitism and Indolence

In other words, Rawls’ work is rather easily defanged and domesticated; this is not an especially good quality in a theory which functions as a critique of how politics is presently accomplished.  No society could claim to be thoroughly Rawlsian, and those which come closest – the Nordic countries, maybe Germany – seem to be moving in an opposite direction. The second principle of justice would require radical reorganisation of almost every aspect of politics and society.

Even as the political currents of Western society have run against Rawls’ vision for politics since the 1970s, Rawls’ popularity among those in positions of political power hasn’t substantially wavered. One of the major criticisms levied at Rawls’ theory is that it, if not itself elitist, then is certainly the kind of theory which is obviously a product of elite institutions; it looks at the world from above, then offers a rather abstract, slightly cold-blooded theoretical response which in practice amounts to a bland kind of liberal democratic state. This is, obviously, a pastiche, but Rawls did attend Harvard, Princeton, MIT and Oxford at various stages in his career and his thought is relatively moderate and liberal.

7. John Rawls Did Not Live a Sheltered Life

Katrina Forrester characterizes John Rawls in one recent biography as something of a ‘fifties’ man, not only a time of comfort and stability in the United States, but a time when liberals were concerned above all with “securing the values of freedom and equality without the state intervention and political control that decades of state expansion had made a new norm”. Yet equally, Rawls fought in the Pacific Theater of the Second World War. He experienced atrocity – state-sponsored atrocity – first-hand, of a kind few other philosophers have.

John Rawls’s Legacy: What Does a Theory Really Mean?

What a political theorist actually says, the sense he is trying to convey from sentence to sentence, might not be the only thing which goes in a theory of politics. Any coherent theory of politics represents itself on a variety of levels, and can be understood (it will be understood) in a range of contexts. Academic philosophers might write careful, diligent exegeses of Rawls, but far more people are likely to come away from their engagement with his thought with a more general, somewhat vague sense of his approach to politics.

Rawls’ legacy for many political philosophers is as a model of a political philosopher – technical, careful, rigorous. What Rawls actually says can, at least on one interpretation, be taken as an argument for a reasonably thorough upending of our social and political status quo. But the liberal tradition Rawls aligns himself with, the way he makes this argument, what he chooses to specify and what he chooses to abstract, allow his theory to be understood as far more moderate, gradualist and conformist than that.

How Thinking About Misfortune Can Improve Your Life: Learning from the Stoics
By Viktoriya Sus, in Philosophy
Georges Bataille: Controversial Views on Religious Rituals
By Moses May-Hobbs, in Philosophy

John Rawls’ Political Theory: How Can We Change Society?