HomeAnswersWhere Was the Bauhaus School Located?

Where Was the Bauhaus School Located? 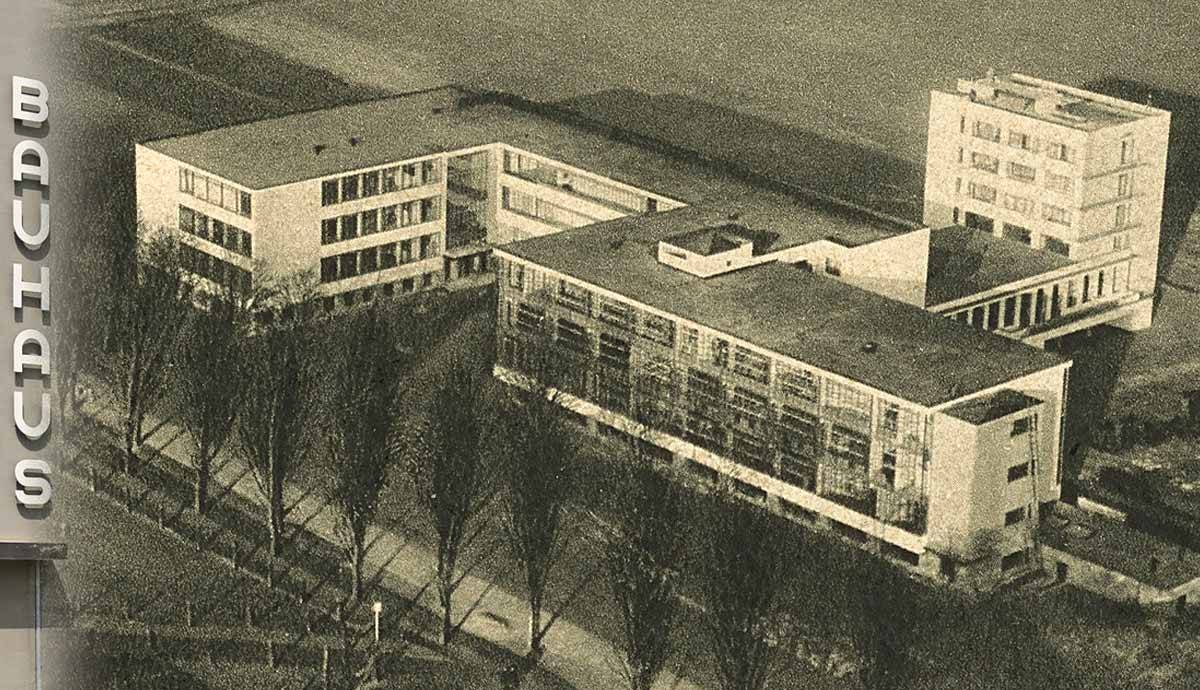 The Bauhaus was the most pioneering art and design school of the early 20th century. Founded by Walter Gropius in Germany, the school took a radical, alternative approach to education, breaking with the segregated and academic teaching institutions of the past, instead encouraging experimentation, abstraction and a unity of all the arts under one house – the name coming from the German words ‘bau’ (to build) and ‘haus’ (house). From 1919 to 1933 the school attracted a high caliber of students, many of whom went on to become internationally renowned within the fields of art and design. But over the course of its history the school moved premises several times, shifting its educational role with each new location. We look through the key sites of the Bauhaus and their differing pedagogical methods.

The Bauhaus first opened its doors in 1919 in Weimar, under the leadership of German architect Walter Gropius. As an architect, Gropius made building and design core components of his teaching principles. He set up the Weimar Bauhaus as a guild, with a series of workshop spaces with specialized instructors who taught technical skills in a whole range of practices, including metalwork, cabinetmaking, weaving, pottery, theatre design, typography and even wall painting. Many of the instructors were already established artists and designers working with ground-breaking new styles of abstraction, which they encouraged in their students. In their first year of study, students were taught color theory and formal compositional relationships, before specializing in specific areas of craft. These tutors included Paul Klee, Wassily Kandinsky and Josef Albers.

Walter Gropius designed a new, larger premises for the Bauhaus in Dessau. The building opened its doors in 1925, and became a showpiece for the Bauhaus style, with angular modernist shapes adorning the building inside and out. Three years later Gropius stepped down as Bauhaus leader. Gropius passed on the role to the fellow modernist architect Hannes Meyer in 1928. When Meyer left, architect Mies van der Rohe stepped into the role in 1930.

The Bauhaus school in Dessau placed a greater emphasis on the production of industrial, useful objects, made in a streamlined, angular style. The school adopted the slogan ‘Art into Industry’ to promote their new ethos. The cabinet making workshop in the Dessau Bauhaus became one of the school’s most popular and successful departments, run by architect and furniture designer Marcel Breuer. The textile workshop, run by designer and weaver Gunta Stolzl, was another busy and prolific department.

The 1930s were a perilous time for the liberal arts in Germany, as the right-wing Nazi party took hold. Due to financial troubles, Mies moved the Bauhaus school to Berlin with the hope of saving its future. Here the school operated in a much smaller premises. As restraints on intellectual freedoms became stricter than ever, and arts institutions faced drastic budget cuts, many Bauhaus faculty members fled Germany for the United States. Sadly, Mies was eventually forced to close the Bauhaus in 1933. Following the end of World War II, in 1979 Gropius designed the Bauhaus Archive Museum, to house the school’s vast legacy.

4. A Legacy in the United States

While the Bauhaus only survived for 14 years, its legacy was strong. Many artists and designers associated with the Bauhaus travelled to the United States. There, they had a profound and long-lasting impact. So much so, they led the way for the mid-century modernism that continues to shape the nature of furniture, interiors and architecture today. Artists who had taught or studied with the Bauhaus also brought their ideas to the United States, including Josef and Anni Albers, who played an instrumental role in establishing the radical Black Mountain College in North Carolina in 1933. Meanwhile artist Laszlo Moholy-Nagy founded an eccentric teaching college called the New Bauhaus in Chicago in 1937, which later became a pivotal part of the Illinois Institute of Technology.