HomeAnswersWho Was the Greatest Roman Emperor?

Who Was the Greatest Roman Emperor? 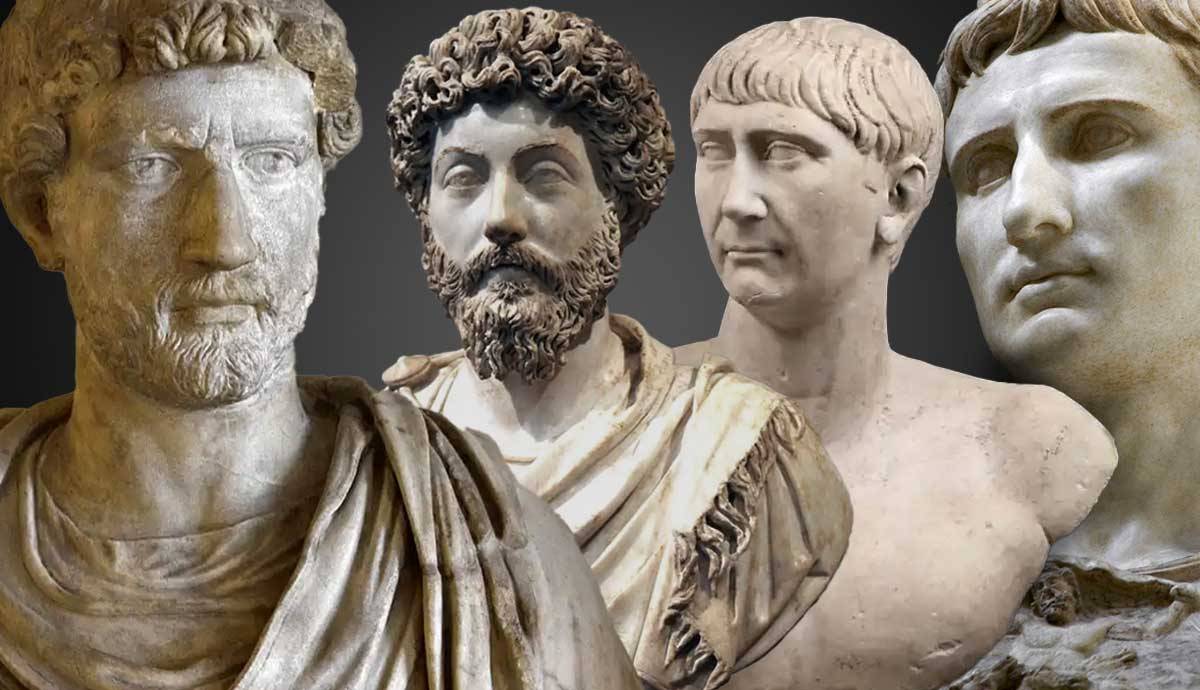 Who was the greatest Roman emperor? It is a complex question. After all, what makes someone “great”? Their military accomplishments, building programs, ability to keep the peace, establish the dynasty, or is something else entirely? Or perhaps, a combination of all those things? What about the notorious emperors like Caligula or Nero (incorrectly) considered madmen and monsters, but who kept the empire peaceful and prosperous? Or soldier emperors like Caracalla, who held the empire together in difficult moments? Indeed, it isn’t easy to define a Roman emperor, especially as many men wore purple throughout its long history. Not to mention that the “Roman Empire” did not fall in 476 but continued to prosper for a millennium more as a medieval state known as the Byzantine Empire. However, there are, indeed, few rulers who set the course of ancient Rome and shaped its history. So here are five “greatest Roman emperors.”

Unsurprisingly, the title of the “first greatest Roman emperor” goes to Caesar Augustus. While in his youth, Octavian plunged Rome into one of the bloodiest civil wars and toppled the Roman Republic; as emperor Augustus, he created the strong foundation for one of the truly greatest of all empires in human history. Augustus also conquered the last of the Hellenistic kingdoms – Ptolemaic Egypt, which became the emperor’s private possession, and the breadbasket of Rome.

After becoming Roman emperor, Augustus reformed the Roman government, law, and army. By transferring the legions to the frontier, Augustus prevented usurpation and secured lasting peace. He also established the Praetorian Guard. With the help of his trusted friend Agrippa, Augustus commissioned a major building program, transforming Rome into a magnificent imperial capital and the center of the ancient world. But most importantly, Augustus laid the foundation for the first of many imperial dynasties – the Julio – Claudian dynasty.

Augustus’ heirs ruled the Roman Empire for almost a century until the violent demise of its last member – Emperor Nero – plunged the empire into chaos of civil war – also known as the Year of the Four Emperors. The winner of the struggle, emperor Vespasian, established a new and powerful Flavian dynasty. The Flavians restored the stability of the Empire, reformed its finances, and built magnificent monuments, of which the Colosseum in Rome is the most important. Vespasian strengthened the army. He was also the first Roman emperor to be succeeded by his own son – Titus – thus establishing a precedent for imperial succession by blood.

Trajan and Hadrian – Conqueror and Builder

Trajan is widely known as the emperor who brought Rome to its apex. Trajan’s Dacian War, immortalized in the Trajan’s column, and the emperor’s victory over the mighty Parthian Empire, extended the boundaries of the empire to an extent never seen before. His successor Hadrian, however, wisely decided to halt the advance and withdraw the legions to easily defensible positions. In doing so, Hadrian drew the boundaries of the Roman Empire, which would remain unchanged for several centuries. Hadrian was also an ancient “globetrotter,” spending most of his reign roaming over his vast empire. Adored by the army, Roman Emperor Hadrian was also very fond of Hellenistic culture. Emperor’s love for ancient Greece is best reflected in his building program, of which the most famous are the Pantheon and the opulent Hadrian’s villa in Tivoli –an Empire in miniature.

Marcus Aurelius was the last of the “Five Good Emperors” who led Rome through a long period of peace and prosperity. Unfortunately for Marcus Aurelius, the author of “Meditations” and philosopher-king, chaos and warfare dominated most of his reign as Roman emperor. After losing his co-emperor – Lucius Verus – to a devastating Antonine Plague, the philosopher-emperor had to deal with the calamities alone. He spent the rest of his reign at the Danubian frontier, fighting against the Germanic barbarians in the Marcomannic Wars.

As a response to the crisis, Marcus Aurelius started to promote army officers and civilian administrators based on merit and ability rather than birth and class. The process started under Hadrian but intensified under Marcus Aurelius. Those promoted were also automatically elevated in rank. The result was greater social mobility. The Roman emperor’s reforms also broadened the base for army recruitment, allowing for greater flexibility in the future.

Roman Emperor Constantine I, also known as Constantine the Great, came to power by winning a series of bloody civil wars. His accession marked the end of the Tetrarchy, a meritocratic system of government established by Diocletian, and the beginning of the new powerful imperial dynasty. But, more importantly, Constantine was also the emperor who paved the way for the Christian Roman Empire. Following his victory at the Battle of the Milvian Bridge, Constantine declared Christianity one of the official religions of the Empire.

It is hard to say if Constantine was a true convert or an opportunist who saw the new religion as a way to bolster his power. After all, the new religion evoked another popular oriental monotheistic cult – Sol Invictus – introduced in the Roman pantheon by emperor Aurelian, another great emperor. Constantine’s other lasting legacy was the shift of the Imperial capital to the newly founded Constantinople. This act ensured the Empire’s survival in the East long after the Roman (or Byzantine) emperors lost control over the western provinces.

6 Misjudged Roman Emperors Who Were Not So Bad after All

6 Misjudged Roman Emperors Who Were Not So Bad after All

Chaos is a Ladder: Octavian and the Death of the Roman Republic