HomeAnswersWhat Are the Main Themes of Existentialism?

What Are the Main Themes of Existentialism? 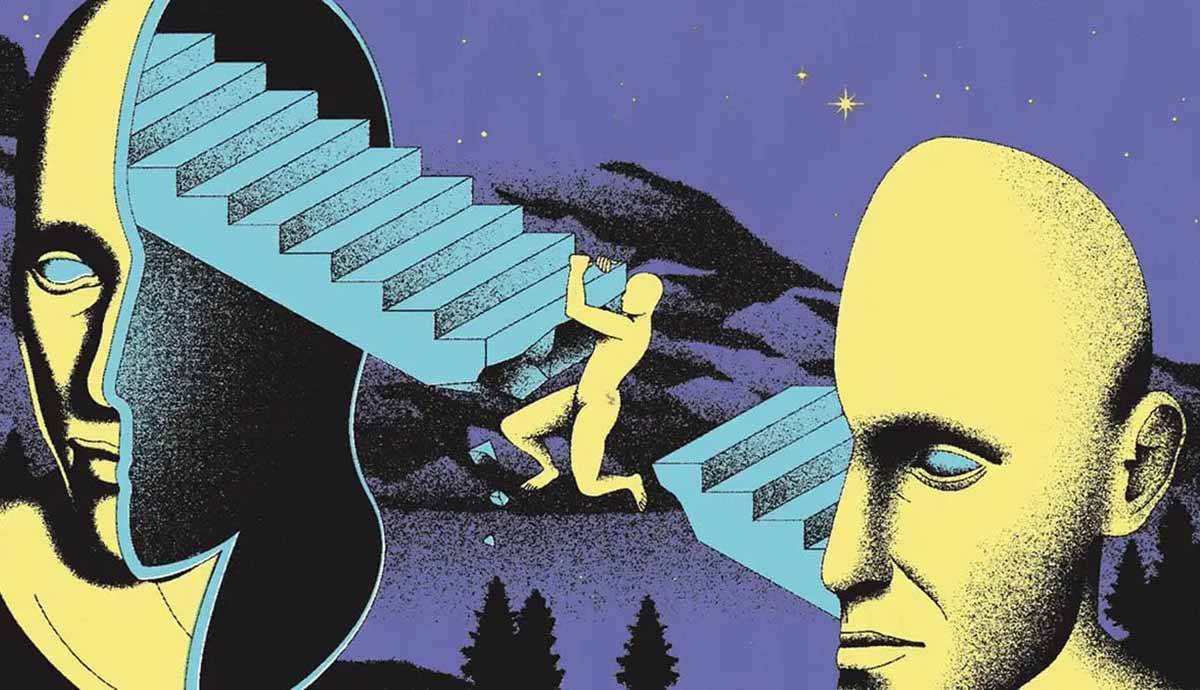 Existentialism is a philosophical movement that first emerged during the mid-20th century, in the wake of World War II. The existentialists argued that our purpose and meaning in life came not from external forces such as God, government or teachers, but instead is entirely determined by ourselves. They argued that while life was absurd, irrational and uncontrollable, it was up to us to find our own individual path towards a higher purpose. Simone de Beauvoir wrote, “It is possible for man to snatch the world from the darkness of absurdity.” Here is our rundown of the central tenets that defined Existentialism.

The catchphrase often adopted by existentialists is “existence precedes essence.” But what does this really mean? In order to understand, we need to look at a philosophical school first founded by the Greek philosopher Aristotle, called Essentialism. Aristotle argued that everything had an “essence” that defined its purpose in life – for example, a knife’s essence is a blade. It can take many different shapes and sizes, but the essence is still the same. Aristotle argued that a person or object’s essence came before its existence. Religion propped up the importance of Essentialism, and the belief that God had designed us with a certain life purpose in mind, even before we were born.

This belief system stayed in place for thousands of years, and it wasn’t until the 19th century that thinkers started to question it. Existentialism reversed this belief system, arguing existence came first, and it was up to us to find our true essence, however difficult it might be.

2. Existentialism Argued There Are No Systems of Power

As the horrors of the war rippled through society, philosophers began questioning the systems of authority that had allowed them to happen. Would God really have allowed such brutalities to take place? And can we really trust governments to hold our best interests at heart? Existentialism argued that war had demonstrated that there was no higher authority that held us in place. There was no omnipotent presence that predetermined our existence. Instead, each individual was solely responsible for themselves, and free to choose their own path.

While freedom might seem like a liberating prospect to many, Existentialist philosopher Jean-Paul Sartre argued that it was also a terrifying prospect in a world so full of fear and uncertainty. Remember that war had recently torn society apart, so there were anxieties and uncertainties everywhere. Sartre wrote, “Man is condemned to be free; because once thrown into the world, he is responsible for everything he does.” For some, having unmitigated freedom in the world was a terrifying prospect which gave rise to terms such as “Existential angst”, and even “Existential crisis.” These terms describe individuals who are overwhelmed by the enormity of the world, and who struggle to find their place within it.

Much like the Nihilists who emerged a generation earlier, the Existentialists believed that life is completely absurd, and makes little to no sense. This prospect is as bleak as it is exhilarating. But while the Nihilists argued that life’s absurdity made it meaningless, and our existence entirely pointless, Existentialism argued that amongst the chaos lurked countless opportunities and possibilities, for those who were brave enough to go out and find them. Existentialist writer and philosopher Albert Camus argued, “The realization that life is absurd cannot be an end, but only a beginning.” Sartre argued that because there were no authorities, and no one had any answers, even those in supposed positions of authority, it was up to the individual to create their own moral code, and to find their own unique way of living authentically.

Who Was Simone de Beauvoir? (5 Facts)